It is a prereq­uisite for approv­al of $100m loan by World Bank for the projec­t
By Shahbaz Rana
Published: April 24, 2019
Tweet Email 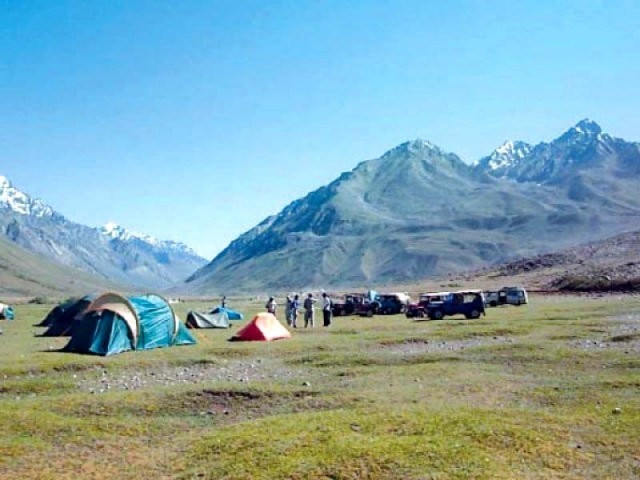 The project is aimed at developing tourism in K-P for economic growth, employment and revenue generation, progress of local communities and poverty reduction. PHOTO: FILE

ISLAMABAD: The Pakistan Tehreek-e-Insaf (PTI) government cleared on Tuesday a $127-million project to improve tourism in Khyber-Pakhtunkhwa (K-P), removing the hurdle in the way of approval of a $100-million loan by the World Bank next month for financing the project.

The Central Development Working Party (CDWP) recommended the Khyber-Pakhtunkhwa Integrated Tourism Development project for final approval of the Executive Committee of National Economic Council (Ecnec). The CDWP’s go-ahead was a prerequisite for approval of the $100-million loan by the World Bank board of directors, which is scheduled to meet in mid-May.

It was the second project that the CDWP cleared in less than a month which would be financed by taking loans from the World Bank. Earlier, the CDWP cleared the concept of a $400-million project to bring reforms in the Federal Board of Revenue (FBR).

Tax reforms and tourism promotion are the activities that do not require foreign funding and any country can do these functions from its own resources. The PTI government’s growing tendency to take foreign loans for simple jobs is exactly what the Pakistan Muslim League-Nawaz (PML-N) did, which led to a mushroom growth in external debt.

Taking loans for tourism and FBR reforms are against the policy of party supremo and Prime Minister Imran Khan, who before coming to power was very critical of foreign loans. Of a total cost of $127 million, nearly 30% or $37 million was meant for soft activities like tourism policies, regulations and capacity building of the management.

The purpose of the project is to improve tourism-enabling infrastructure, enhance tourism assets and strengthen destination management for sustainable tourism development in K-P, according to the project information documents.

The CDWP recommended the Khyber-Pakhtunkhwa Integrated Tourism Development project to Ecnec for consideration, according to an official statement of the planning ministry. The project is aimed at developing tourism in K-P for economic growth, employment and revenue generation, progress of local communities and poverty reduction through the construction of roads, tourism-allied infrastructure, visitor facilities, skills development and creating an enabling environment for private-sector operations.

Planning Minister Makhdoom Khusro Bakhtiar appreciated the initiative taken by K-P to take lead in integrated tourism development, stated the ministry. He emphasised that the project should conform to eco-sustainability and eco-enhancement. The World Bank documents stated that the $100-million loan would be given for support activities to overcome infrastructure bottlenecks at popular sites eg Kalam and Galliyat.

It will encourage higher tourist spending through the development of quality tourism products in Chitral while lifting visitors’ pressure off the valleys that host indigenous people of Kalash and equip the authorities with tools for visitors’ management and environmental preservation, including in Naran.

The project will also contribute to the restoration of K-P’s heritage sites. The project’s first component is aimed at improving the tourism-enabling environment, including tourism policy and regulations, and tourism entrepreneurship.

The objective of the second component is to plan and implement infrastructure development activities specific to the identified tourist locations. The third component will support relevant provincial departments and project implementation entities by building their capacity for effective project management and environmental conservation.

The fourth component will receive allocations from other components only in the event of an unforeseen natural disaster. K-P is the country’s tourism treasure chest and is fast becoming a destination of choice for domestic tourists. Earlier, the province played host to 50,000 international visitors per year before an almost decade-long conflict between 2007 and 2017. With the beginning of 2015, the arrival of domestic tourists has led to a mushroom growth of tourism ventures and activities that can drive economic growth across many rural sections of the province, if managed sustainably.

Lobbyists in overdrive for Benami assets