Govt to step up security on coastal highway

Govt to step up security on coastal highway 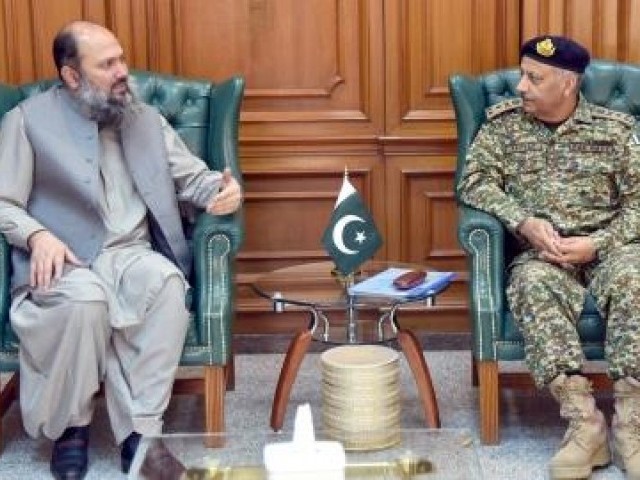 QUETTA  : Balochistan Chief Minister Jam Kamal has said the provincial government would take initiatives for betterment of health and education sector and fully cooperate with the Pakistan Navy to protect Makran Coastal Highway.

“The entire nation is proud of the Pakistan Navy which is securing the country’s waters. The navy has played a vital role for the promotion of education and health sectors in coastal belt,” said Kamal while talking to Commander Coast Rear Admiral Fayyaz Gilani, who called on him at the CM house on Monday.

The CM appreciated the role of Pakistan Navy in the development of health and education sectors in coastal areas of Balochistan and said the navy is securing the province’s coastal areas. He also condoled with Gilani on the martyrdom of the Pakistan Navy officials in Ormara last week.

The CM noted that the navy is providing quality education at Ormara Naval Cadet College; providing health facility in Gwadar and other areas while its educational complex in Makran is facilitating local people. Investment in human resources is an important contribution, he said.

During the meeting, the CM and Gilani also discussed issues like inclusion of maritime related articles in school syllabus, health and education sector’s development in cooperation with the navy and safety of passengers at Makran Coastal Highway.

They reviewed the issues of fishermen as the commander coast briefed the CM on different issues.

The CM said Balochistan government is reviewing registration of boats used by fishermen and installation of tracking system in vessels.  The commander coast thanked the CM for his cooperation and support in health and education initiatives started by Pakistan Navy.

Separately, Jam Kamal expressed satisfaction on the Quetta Development Package and directed authorities that all the projects should be completed on time. The CM visited under construction Joint Road Phase 2 which is a part of the package.

The project director and NESPAK consultant briefed the CM. They said the project would be completed on time and both sides of the road would be opened for traffic soon.