In a sign of its growin­g ambiti­ons to become a key suppli­er to the sector for self-drivin­g techno­logy
By Reuters
Published: April 22, 2019
Tweet Email 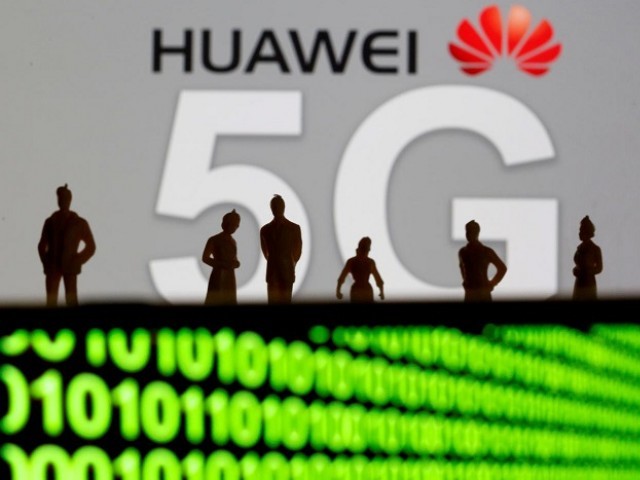 Small toy figures are seen in front of a displayed Huawei and 5G network logo in this illustration picture, March 30, 2019. PHOTO: REUTERS

BEIJING: China’s Huawei Technologies launched on Monday what it said was the world’s first 5G communications hardware for the automotive industry, in a sign of its growing ambitions to become a key supplier to the sector for self-driving technology.

Huawei said in a statement that the so-called MH5000 module is based on the Balong 5000 5G chip which it launched in January. “Based on this chip, Huawei has developed the world’s first 5G car module with high speed and high quality,” it said.

It launched the module at the Shanghai Autoshow, which began last week and runs until Thursday.

“As an important communication product for future intelligent car transportation, this 5G car module will promote the automotive industry to move towards the 5G era,” Huawei said.

It said the module will aid its plans to start commercializing 5G network technology for the automotive sector in the second half of this year.

Huawei has in recent years been testing technology for intelligent connected cars in Chinese cities such as Shanghai, Shenzhen and Wuxi and has signed cooperation deals with a swathe of car makers including FAW, Dongfeng and Changan.

The company, which is also the world’s biggest telecoms equipment maker, is striving to lead the global race for next-generation 5G networks but has come under increasing scrutiny from Washington which alleges that its equipment could be used for espionage. Huawei has repeatedly denied the allegations.