Trader­s say concer­ns of the ethnic group must be addres­sed and justic­e must be served­
By Mohammad Zafar
Published: April 15, 2019
Tweet Email 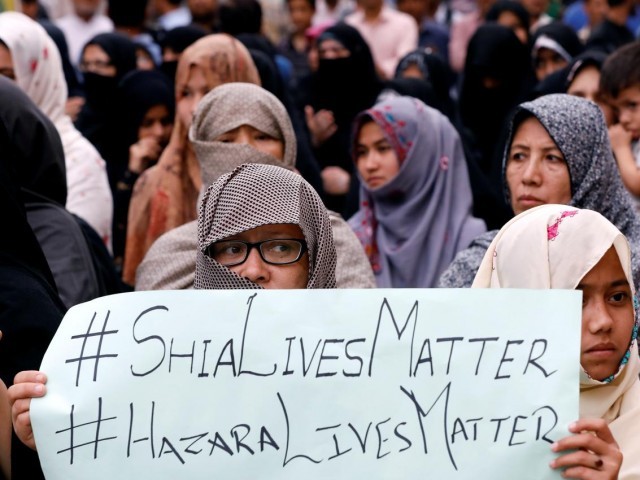 QUETTA  : Expressing grief over the loss of life in the suicide attack targeting members of the Hazara community, traders urged the government to take visible steps to ensure the protection of the members of ethnic group residing in the provincial capital.

Rahim Agha, who is the president of a trade union, said the government must take steps to not only address the genuine and longstanding concerns of the ethnic group, but also ensure that those behind the heinous attack are swiftly brought to justice.

During his press conference on Sunday, Agha said the government must take the necessary measures necessary to end the sit-in of Hazara community members at the Western Bypass, which has continued since the attack on Friday.

“Regrettably, a specific group is using this tragic incident to play politics,” he said, adding that locals are facing problems with commuting due to the sit-in. “Farmers are bearing huge losses as their vegetables are not reaching to the vegetable markets timely,” he said.