Pakistan has no option but to approach IMF: Sheikh Rashid

Pakistan has no option but to approach IMF: Sheikh Rashid 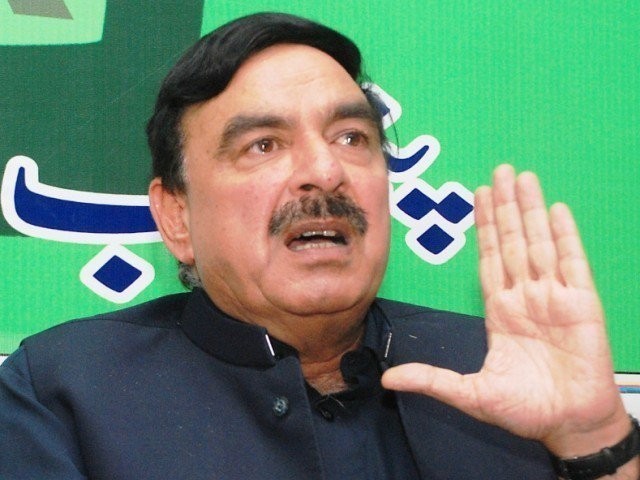 KARACHI: Pakistan is stuck in crisis and it is a well-known fact that conditions imposed by the International Monetary Fund (IMF) will be harsh, but the country has no other option but to approach the global lender for assistance, said Federal Minister for Railways Sheikh Rashid Ahmed.

Speaking to the business community during his visit to the Karachi Chamber of Commerce and Industry (KCCI) on Saturday, the minister claimed that economic stability could not be achieved without political stability.

He pointed out that the Pakistan Railways earned Rs4 billion more compared to the earnings during the same period of the previous year.

“We have also provided three container trains to the business community and the number of freight trains has been enhanced from eight to 14,” he added.

The minister highlighted that 24 new trains have been initiated so far in which five categories have been defined for different types of passengers.

The occupancy of Rehman Baba Train has reached 160% with improved earnings, he remarked. He added that Pakistan Railways introduced Jinnah Express, which would be followed by Sir Syed Express with a target to attract all kinds of consumers.

Referring to the 1,760km long ML-1 project from Karachi to Peshawar, the minister informed that Prime Minister Imran Khan would be signing the agreement in this regard on April 27, 2019.

“The agreement will lead to laying a completely new double track from Karachi to Peshawar with fencing on both sides and supporting a minimum speed of 160kms,” he said. “Work on this project will be completed in the next five years.”

“But the Sindh government has to work in this regard,” he noted while acknowledging that many commercial encroachments have already been removed.

“If KCR is not completed during our tenure, it will never be completed. It is now an essential project, which has become a part of CPEC,” he stressed.

He requested the railways minister to brief the prime minister on this issue so private enterprises are not investigated without solid proof of their direct involvement or they being beneficiaries.

“The Karachi chamber will never support anyone who is found guilty of any misconduct,” he said adding that the business community was annoyed due to constant harassment by the authorities.

Commenting on the forthcoming amnesty scheme, Teli was of the view that the previous amnesty scheme was better and the new one would fail due to lack of trust because the individuals who declared assets in the previous scheme were being questioned constantly.