People want to get rid of the corrup­t, says AML chief
By Our Correspondent
Published: January 26, 2019
Tweet Email 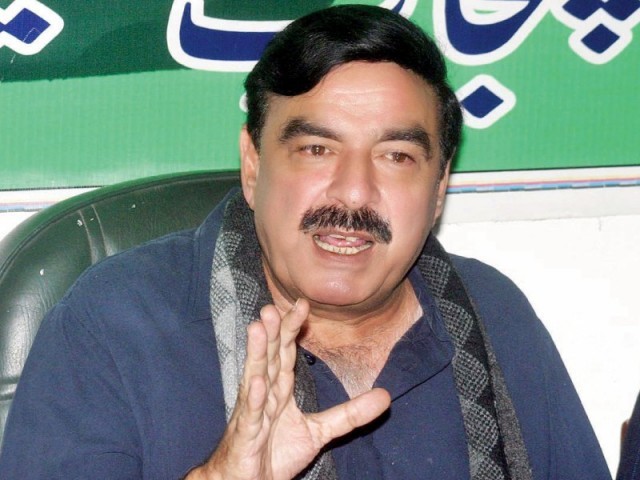 Addressing a press conference, the minister claimed that “those involved in committing the mother of all crimes have been appointed to hold others accountable”.

Continuing his criticism of the PML-N, he added that there were no moral grounds for appointing Shehbaz.

“I have headed eight ministries and currently am the most senior parliamentarian,” said Rashid and added that the Pakistan Peoples Party (PPP) and the PML-N do not care about Parliament.

He said Prime Minister Imran Khan’s election was proof that people wanted corrupt people to be held to account.

He defended the government’s decision to seek international assistance to shore up the economy. “The country would have been bankrupt, however, Prime Minister Imran Khan has saved the nation by approaching friendly countries for aid.”

Rashid also announced that a huge amount of investment is expected from Saudi Arabia, claiming that it would “surprise everyone”.