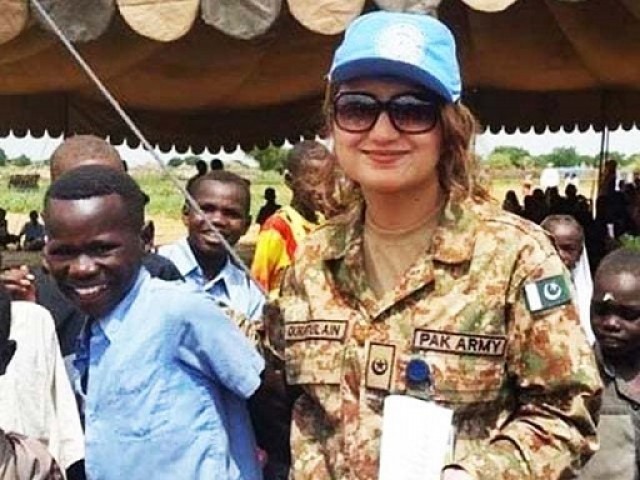 Speaking during the United Nations Security Council Debate on ‘Women in Peacekeeping’, Lodhi said that as a leading troop contributor, Pakistan had always set the highest standards in fulfilling peacekeeping mandates, including protection of vulnerable segments of the population, especially women and children, from violence.

Ambassador Lodhi further said that Pakistani female peacekeepers had shown exemplary competence, dedication and professionalism and like their male counterparts have distinguished themselves in promoting global peace and security.

“For my country protection of the vulnerable, including women and children, is not only a global peace and security imperative, it is also a solemn obligation”, Ambassador Lodhi emphasised.

“We remain resolute and steadfast to honour our commitments in this regard”, she added.

During the UNSC debate, she said Pakistan had been urging integration of the gender perspective into the peacebuilding paradigm, with a view to promoting comprehensive, inclusive and sustainable peace

Ambassador Lodhi stressed that increasing participation of female peacekeepers, and encouraging more women to take up mediation roles could help in the stabilisation and reconstruction phases of conflicts.

“Pakistan will also be deploying a female engagement team in the Democratic Republic of the Congo later this year”, Ambassador Lodhi informed the 15-member Security Council.

Ambassador Lodhi also told the world body about the ‘Center for International Peace and Security’ (CIPS) established by Pakistan to share its experience and promote best practices in peacekeeping.

Ambassador Lodhi also referred to the visit of the President of the General Assembly, Maria Fernanda Espinosa, to CIPS earlier this year and said that her interaction with women peacekeepers from Pakistan led to a rich discussion of ways to inspire more women to join Peacekeeping Missions.

While underscoring that women in peacekeeping was an integral tool to achieve some of the priorities of the Women Peace and Security Agenda of UN, Ambassador Lodhi noted that increasing deployment of female peacekeepers on its own would not realistically meet the requirements of this agenda.

“It is national governments that bear the primary responsibility for women’s safety and rights,” she added.

Ambassador Lodhi pointed out that even as the international community had come together to collectively condemn acts of unimaginable horror, the sexual abuse of women and girls continued to be used as a tactic of war in conflicts across the world, including in Pakistan’s own region.

UN’s counter-terror machinery should not be politicised: Maleeha

She also reiterated full support to the Secretary General’s policy of zero tolerance for Sexual Exploitation and Abuse (SEA) and was among the first group of countries to sign the secretary general’s voluntary compact on the subject.

She urged the implementation of this policy in letter and spirit to accompany the progressive deployment of female peacekeepers, as envisaged by the UN.

The no-hopers, dead or alive, in India’s election