Securi­ty forces search the area to track down the perpet­rators­
By AFP
Published: April 7, 2019
Tweet Email 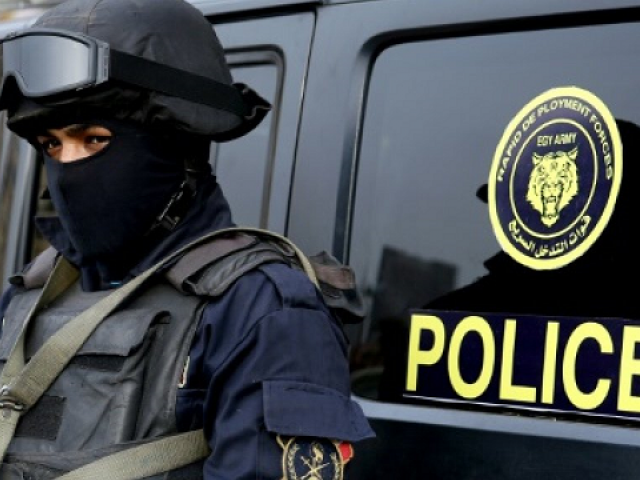 Egyptian security forces have been the target of frequent attacks since the army ousted Islamist president Mohamed Morsi in 2013. PHOTO: AFP

CAIRO: Gunmen opened fire on a police vehicle in a Cairo suburb at dawn on Sunday, killing a police officer and the driver and wounding two others, the interior ministry said.

It was not immediately clear who was behind the latest attack on security forces in Egypt, which has been battling an militant insurgency since President Abdel Fattah al-Sisi came to power in 2014.

Police were on a routine patrol in New Nozha, a suburb east of Cairo, when their minibus came under fire, the ministry said.

Four unknown assailants armed with automatic rifles opened fire at the police vehicle, it said in a statement, before fleeing in a black car.

Police Captain Mohamed Ahmed Abdel Razek and the driver of the minibus were killed, the statement said, adding that two policemen who were riding with them were wounded in the attack.

Security forces have deployed in the area to track down the perpetrators, the ministry said.

Egyptian security forces have been targeted by extremist groups since the army, then led by Sisi, overthrew President Mohamed Morsi in 2013 and cracked down on his Muslim Brotherhood organisation.

Hundreds of soldiers and policemen have been killed in attacks.

In February last year Egypt launched a military offensive against the Islamic State group in the Sinai Peninsula that has killed about 600 suspected militants and around 40 soldiers, according to official figures.

Sunday’s deadly shooting comes weeks after a police officer was wounded and seven suspected militants killed in a Cairo firefight and subsequent raid.