Prime Minist­er Jacind­a Ardern has said the victim­s came from across the Muslim world
By AFP
Published: March 16, 2019
Tweet Email 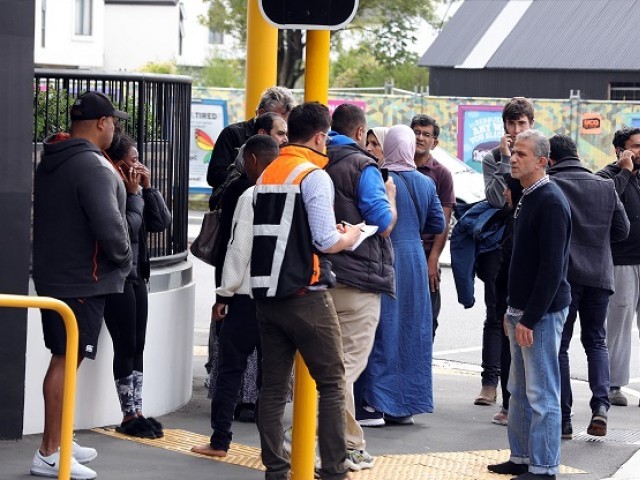 Residents gathering close to the mosque after a firing incident in Christchurch. PHOTO: AFP

CAIRO: Egypt said Saturday that four of its citizens were among the worshippers killed in a mass shooting attack at two New Zealand mosques.

“New Zealand authorities confirmed (to us) the deaths of four Egyptians,” the migration ministry announced on its Facebook page.

Prime Minister Jacinda Ardern has said the victims came from across the Muslim world. One Saudi citizen and two Jordanians were also among the dead, while five Pakistani citizens were missing.

The grand imam of Egypt’s famed Al-Azhar mosque and university, Sheikh Ahmed al-Tayeb, has condemned the attacks as a “horrific terrorist attack”.

The “rising rhetoric of hatred and xenophobia and the spread of Islamophobia” were to blame, he said.