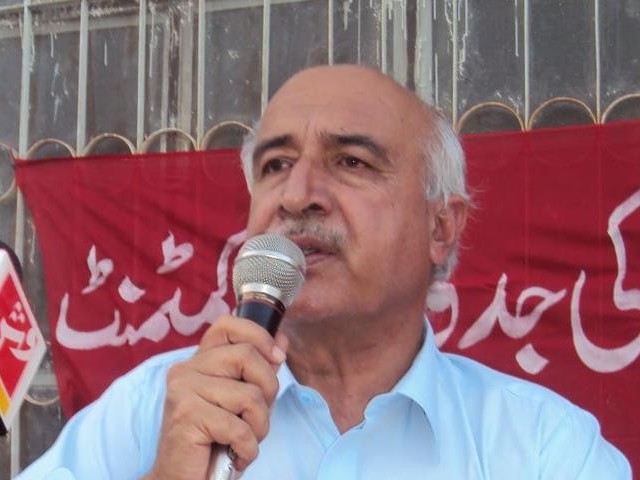 QUETTA  : Former Balochistan chief minister and President National Party (NP) Dr Malik Baloch said on Thursday supremacy of parliament, judiciary and independent press could get the country out of its current turmoil.

He shared these views on Thursday while meeting the newly elected body of Quetta Press Club and shared felicitations with the new members.

The former chief minister added that those known for their controversial political careers are now criticising our policies.

“Indeed journalists in Balochistan have been facing a hard time since the past two decades as many have been martyred in the line of duty but they never compromised on their responsibilities,” he said.

Baloch added Pakistan cannot move forward until supremacy of parliament and freedom of judiciary and press is maintained. “In the pretext of faltering economy media workers are being sacked thus increasing their financial problems.”

Regarding the 2018 elections, the NP chief said non-political people have deliberately been planted in the assembly through rigged elections that have pushed the country into crisis. “In this crucial period we seek to take Pakistan towards a real federation and play our role for a good political environment.”

Talking to the journalists Secretary General NP Jan Muhammad Buledi said NP has always stood by the journalist community for their due rights. “During our regime we restored peace in Balochistan by raising issues of missing persons and recovery of mutilated bodies,” he said.