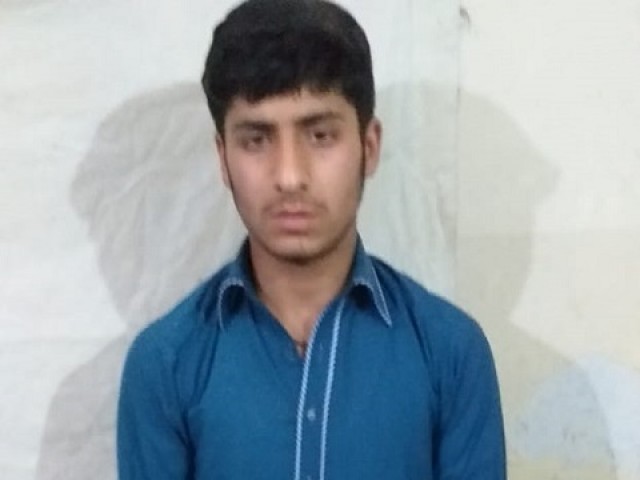 Police arrested accused Ghayyur Haider and recovered a pistol from his possession.PHOTO: EXPRESS

RAWALPINDI: A man gunned down a 14-year-old boy after he put resistance to an attempted rape in Rawalpindi on Saturday.

Father of the victim said that his, Syed Zain Ali a ninth grader, was on his way to coaching center when the accused, Ghayyur Haider approached him and attempted sodomy after taking him to his residence within the jurisdiction of Race Course Police Station.

However, Zain refused to surrender and put up a fight, which enraged Ghayyur and he shot him on chest and fled the scene.

The injured student was rushed to a nearby hospital, where he succumbed to his injuries.

Police arrested the accused after registering a first information report (FIR) of the incident and recovered a pistol from his possession.

In a similar incident on February 25, a teenage boy was shot at and injured during an alleged rape attempt in Jalalpur Bhattian.

A resident of Rasoolpur Tarar area, was on his way to some work when accused Hamid Nasir abducted him.

The suspect took the victim to an abandoned place and tried to sexually assault him. However, the boy put up resistance and foiled the attempt. This enraged Hamid and he took out a pistol and opened fire on him.

As a result, he suffered a bullet injury and was shifted to a hospital. The accused also threatened the victim of dire consequences and fled the scene.