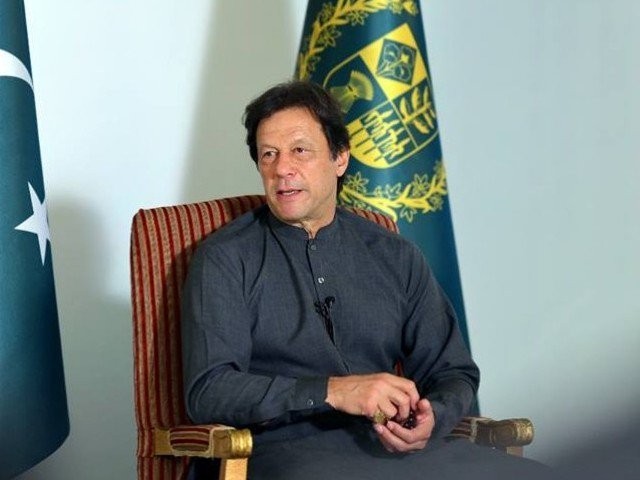 Afghanistan on Tuesday recalled its ambassador from Pakistan over reported remarks by PM Imran. PHOTO: FILE

ISLAMABAD                      : The Foreign Office on Wednesday clarified that Prime Minister Imran Khan’s comments on Afghanistan have been misinterpreted and reported out of context in the media, leading to an unwarranted reaction from various quarters.

In his comments, PM Imran had referred to Pakistan’s model where elections are held under an interim government. “The comments should not be misinterpreted to imply interference in Afghanistan’s internal affairs,” the statement went on to add.

PM Imran, speaking to journalists on Monday, suggested that forming an interim Afghan government would smooth peace talks between US and Taliban officials since the militant group refuses to speak to the current government.

Pakistan has no other interest in Afghanistan but to promote peace through an ‘Afghan-owned’ and ‘Afghan-led’ political process, the statement added.

“The premier has taken a personal interest in facilitating the ongoing political reconciliation process and the same must not be misconstrued to undermine the sincere efforts of Pakistan or to create misunderstandings at this crucial stage of the process.”

The statement also said that the prime minister understands the plight of brave people of Afghanistan, who have a right to live in peace after four decades of violence and war.

Afghanistan on Tuesday recalled its ambassador from Pakistan over reported remarks by Prime Minister Imran Khan that suggested Kabul should set up an interim government, calling the comments ‘irresponsible’.

Meeting with Taliban cancelled due to objections by Afghan govt, says PM Imran

The Afghan government deemed Khan’s statements as “an obvious example of Pakistan’s interventional policy and disrespect to the national sovereignty and determination of the people of Afghanistan,” Ahmadi said.

The row marks the third time in just over a month that Kabul has demanded an explanation from Pakistan over comments related to peace talks, illustrating the flaring tensions between the two neighbours at a sensitive time.

US and Taliban officials have held recurring talks to end the 17-year war, but the Taliban consider the Afghan government led by President Ashraf Ghani as illegitimate.