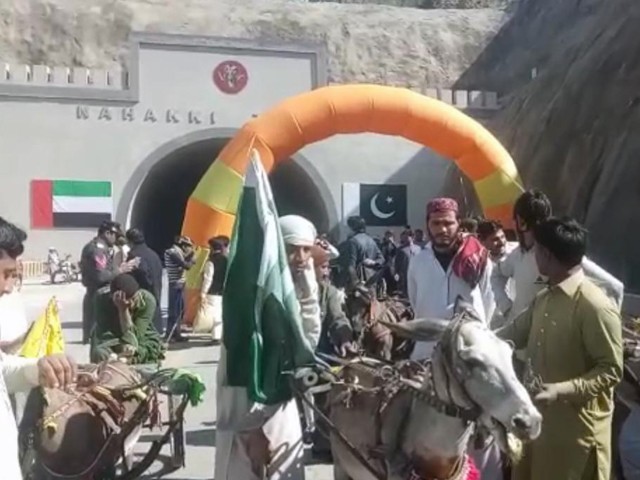 Large number of cyclists and donkey-cart owners participated in the race. PHOTO: EXPRESS

PESHAWAR: A large number of cyclists and donkey-cart owners participated in a unique race held in Mohmand district of Khyber-Pakhtunkhwa province to mark the Pakistan Day celebrations on Friday.

The nation is celebrating the national event with traditional zeal and a renewed commitment to work hard for the progress and prosperity of the motherland.

The Day is observed on March 23 every year to commemorate the passage of Lahore Resolution on this day in 1940 when the Muslims of the sub-continent set the agenda of a separate homeland for themselves.

The colourful event was organised by the K-P sports and cultural department. Mohmand Deputy Commissioner Iftikhar Alam and officials of security forces inaugurated the race.

Various national songs in Pushto language were played during the event. The participants had decorated their carts in Pakistani colours.

Speaking to the media, Imran, the owner of the winning donkey-cart, said the downtrodden faction of the society comprising cart owners is always ignored while celebrating days of national importance. “However, officials of the security forces in the district gave us this opportunity to showcase our talent for which we are grateful to them,” he added.

Imran also demanded staging similar events in other cities and towns of the country.