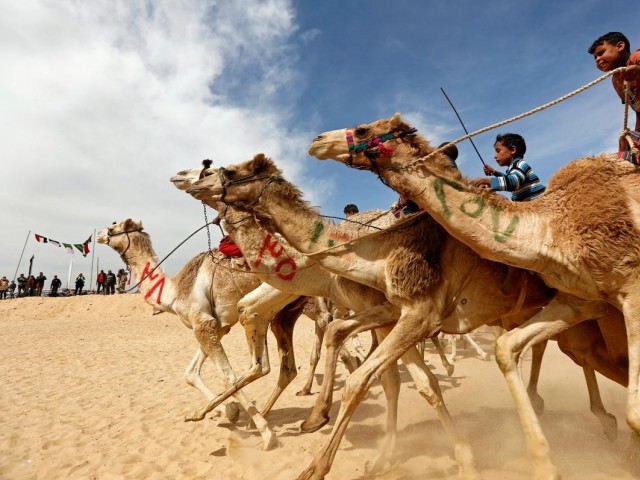 Organizers fielded around 20 robots – child-sized devices with a whipping arm that can be triggered at a distance – alongside dozens of real children as part of a trial run.

“God willing, in a year, there will be no human jockeys, except for some adults for the sake of tradition,” said Eid Hamdan Hassan, head of the Egyptian Camel Federation, which organized the festival in the Sarabium desert of Ismailia.

Several Gulf countries have banned child jockeys from the traditional Bedouin sport after rights groups said the youngsters were often injured and some had been abducted or sold by their families.

Owners at last week’s Egyptian event said the bans had prevented them from fielding teams in Gulf festivals – and they hoped the move to robots would help them get in.

Esam el-Din Atiyah, president of the African Camel Racing Federation, which includes Egypt, acknowledged that child riders were sometimes injured. “Human rights organizations have said that this is child exploitation,” he said.

He personally wanted Egypt to move to robot-only events, but the transition was costly and would take time, he added.

Young jockeys at the event – local children mostly aged 6-13 – defended the tradition and their participation.

Sayed Mohamed, 11, said children were better than robots at steering.

“The camel might lean sideways. We (the children) are better at riding leaning camels so that we can straighten its route.

“The robot works well with camels that don’t tend to lean.”

Around 150 camels competed in eight categories over distances from five to 15 km, cheered on by more than 1,000 spectators.