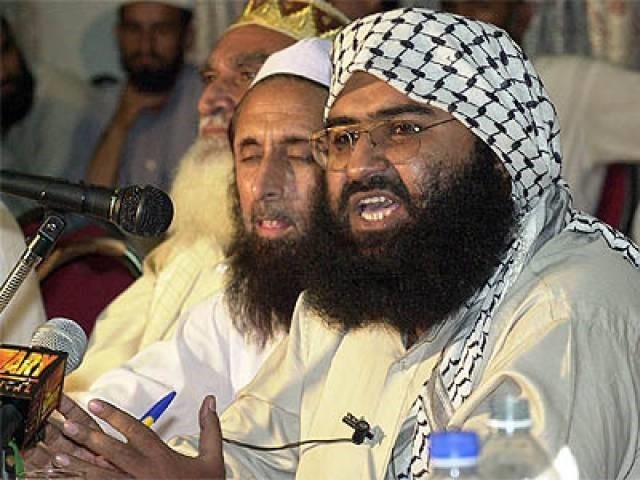 PARIS: France has decided to freeze the assets of Jaish-e-Mohammed (JeM) founder and leader Maulana Masood Azhar, the French government said on Friday.

A joint statement issued by the French interior ministry, finance ministry and foreign ministry added that France would discuss putting Masood Azhar on a European Union list of people suspected of being involved in terrorism.

Pakistan is under pressure from global powers to act against groups carrying out attacks in India, including Jaish-e-Mohammed, which claimed responsibility for a February 14 attack in Indian-occupied Kashmir that killed at least 40 Indian paramilitary troops.

The decision by the French authorities came days after China put on hold their joint request along with Britain and the United States to add Azhar to the United Nations terror.

It was the third time that the UN Security Council was considering a request to put the JeM head on the UN sanctions blacklist, which would subject him to a global travel ban and assets freeze.

Last month, India and Pakistan carried out air raids across their disputed Kashmir frontier in clashes that sent tensions soaring between the nuclear-armed countries following the Pulwama incident.

India on February 26 claimed staging an air raid on a camp inside Pakistan that it said belonged to JeM. One day later Pakistan downed two Indian fighter jets along the Line of Control (LoC).

A pilot who was shot down over Pakistani territory was later sent back to India as a goodwill gesture.

Islamabad has already announced a crackdown against banned organisations and detained more than 100 militants, including many from JeM.

Pakistan lodges complaint at UN against India for ‘eco-terrorism’