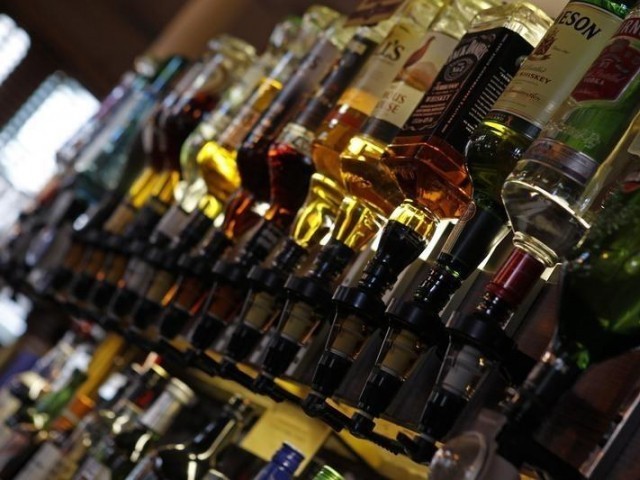 MNA Malik Farooq Azam opposed the move and urged the lawmakers not to open the pandora box PHOTO: REUTERS/FILE

ISLAMABAD: The National Assembly Standing Committee on Law and Justice on Tuesday rejected the constitutional amendment bill proposed by the Pakistan Tehreek-e-Insaf’s (PTI) Dr Ramesh Kumar seeking a complete ban on consumption of alcohol in the country.

According to Express News, the committee termed the bill ‘a publicity stunt’ and ‘a mischievous act’.

Dr Ramesh had called upon parliament to amend Article 37 of the Constitution which permits the consumption of alcohol for minorities in the country. He demanded to outlaw the trade license of alcohol for the Hindu community as “it is against the teachings of their religion”.

MNA Shunila Ruth, belonging to the Christian community, also demanded to impose a ban on alcohol consumption, saying “alcohol is prohibited in our religion too”. Opposing the proposed amendment, Malik Farooq Azam urged lawmakers not to open the Pandora’s Box just for ‘media hype and publicity’.

Bashir Virk, another lawmaker, also rejected the bill, saying it would result in the “humiliation for the country across the world”. During the meeting chaired by Riaz Fatyana, five bills were tabled for consideration. The committee rejected three bills while one bill each was approved and deferred.

The committee considered a government bill, the Constitution (Amendment) Bill, 2019 (Amendment in Article 51), seeking enhancement of women seats from 60 to 61 and to allocate this female seat for Islamabad Capital Territory (ICT).

After detailed deliberations, the committee unanimously recommended that the bill may be passed by the assembly. The committee considered another bill “the Constitution (Amendment) Bill, 2018 (Amendment in Article 51 and 106)” moved by MNA Naveed Aamir Jeeva.

The committee deferred the bill till its next meeting due to non-availability of mover and recommended that the National Database Registration Authority (NADRA) chairman and the Statistics Division secretary shall attend the next meeting along with data related to this bill.

The committee considered “the Islamabad High Court (Amendment) Bill, 2019” moved by Aliya Kamran and unanimously recommended that the bill may not be passed by the assembly.

It recommended that the Ministry of Law and Justice shall seek opinion or proposals from all bar councils regarding improvements with respect to qualifications and procedure for the appointment of judges of Supreme Court of Pakistan and all high courts.

It was further recommended that the Ministry of Law and Justice shall prepare and present a working paper before the committee on the given issue in its next meeting.

Another bill, the Constitution (Amendment) Bill, 2018 (Amendment in Article 37), moved Dr Vankwani was also considered and it was agreed that bill may not be passed by the National Assembly. However, Khawaja Saad Rafique, a member of the committee, submitted his note of dissent against this decision.