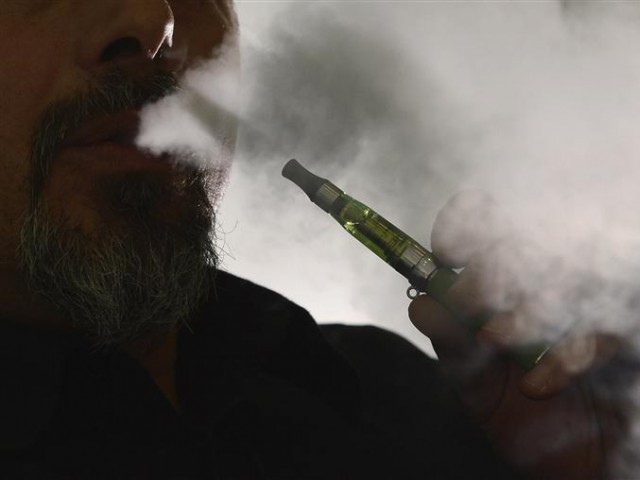 WASHINGTON DC: People who use e-cigarettes are more likely to have heart problems than those who don’t, says a study released on Thursday in the US.

The rate of heart attacks among those who vape was 34 per cent higher than among those who don’t, once corrections were made for risk factors such as age, gender, body mass index, cholesterol level, blood pressure and tobacco use.

“Until now, little has been known about cardiovascular events relative to e-cigarette use,” said Mohinder Vindhyal, assistant professor at the University of Kansas School of Medicine and the study’s lead author.

“These data are a real wake-up call and should prompt more action and awareness about the dangers of e-cigarettes.”

The report does not however identify a cause and effect relationship for this observation.

Studies of people who vape are relatively new because the devices only came onto the US market in the last decade or so.

US health authorities are alarmed by the rise in popularity of e-cigarettes, battery-powered devices which enable users to inhale nicotine liquids that are often fruit flavoured.

Among US teens, use of vaping devices rose 78 per cent in 2018 compared to the previous year.

E-cigarettes do not contain the cancer-causing products found in tobacco.

But beside the well-known addictive consequences of consuming nicotine, public health experts are focusing on the effect of heating the liquid nicotine cartridges to high temperatures.

For the study, which will be presented next week at the American College of Cardiology, researchers examined the responses of nearly 100,000 people in 2014, 2016 and 2017.

This kind of study is a preliminary one that does not go so far as to say vaping causes heart trouble, or suggest a biological mechanism as to how this might happen.

Longer-term studies of people who vape are needed to reach any such conclusion.