Ryan Giggs backs Solskjaer to stay on at United

Ryan Giggs backs Solskjaer to stay on at United

Red Devils will face an uphill strugg­le when they confro­nt an invigo­rated Paris side who lead them 2-0
By AFP
Published: March 5, 2019
Tweet Email 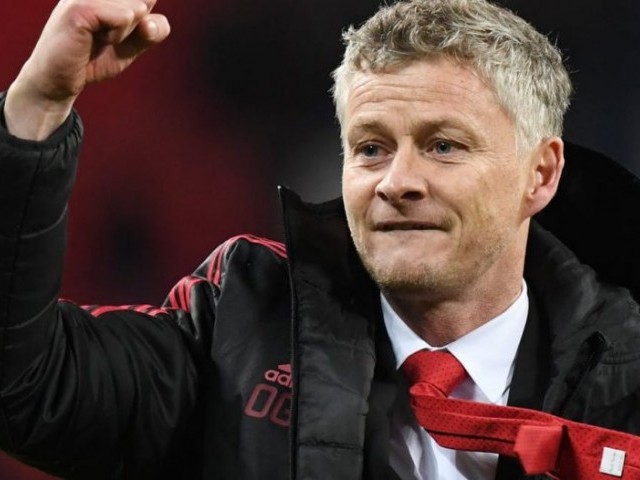 Red Devils will face an uphill struggle when they confront an invigorated Paris side who lead them 2-0. PHOTO: AFP

“I can’t see anyone past Ole at the moment. The record they’ve had in the league has been phenomenal,” Giggs said at a Champions League trophy tour event in Johannesburg.

“It’s a tough league and to put together the run that he’s done, it’s impressive. The Liverpool game, OK it wasn’t one of the best performances but they dug out a result.”

United will face an uphill struggle on Wednesday when they confront an invigorated Paris side who lead them 2-0.

“With the injuries we’ve got, the position we’re in, going to Paris is a tough place to go,” Giggs told AFP.

“Away from home has been — and they’ve been fine at Old Trafford — but the really impressive performances have been away from home.

“The players they’ve got are suited to playing away from home.

“It’s a tough ask, but not impossible.”

Giggs, who along with Phil and Gary Neville, David Beckham and Paul Scholes was part of United’s celebrated ’92 vintage, now coaches Wales.

Winger Giggs stepped straight from the pitch into United’s backroom staff as a player-coach assistant to David Moyes in 2013.

When Moyes was sacked, Giggs took over as caretaker boss until the end of the season, before moving fully into coaching at the club under Louis van Gaal.

“There’s still four English clubs left. You’ve got the usual Barcelona, Real Madrid hanging about (and) Juventus, who I think a lot of people strongly fancied at the beginning,” he said.

“If PSG go on to beat United I fancy PSG to do well. Atletico (Madrid) look strong and were in a good position against Juventus.

“I think it’s really open — it’s tough to pick out one team.”

Giggs, whose paternal grandfather is from Sierra Leone and identifies as bi-racial, said a recent run of racist incidents in top-flight European football was “not just a football issue”.

Several prominent fixtures have been marred by the throwing of banana skins and anti-Semitic chanting in recent months.

“Until you address it socially, you’re not going to get it out of football. But football does a lot of great work… I think football has a big responsibility,” he said.

Giggs said he was “all for VAR” following the introduction of video assistant referee technology for the first time in the Champions League.

“There’s gonna be some teething problems, I think what they’ve got to address is the speed. When you’re a fan, not knowing what’s going on at the stadium, you need to address that,” he said.

“But you’re not going to get every one right, a lot of it is (subjective).”

The Champions League had its first contentious VAR use on February 20 when Atletico Madrid took on Juventus, winning 2-0.

India’s Dravid, a gift that keeps on giving