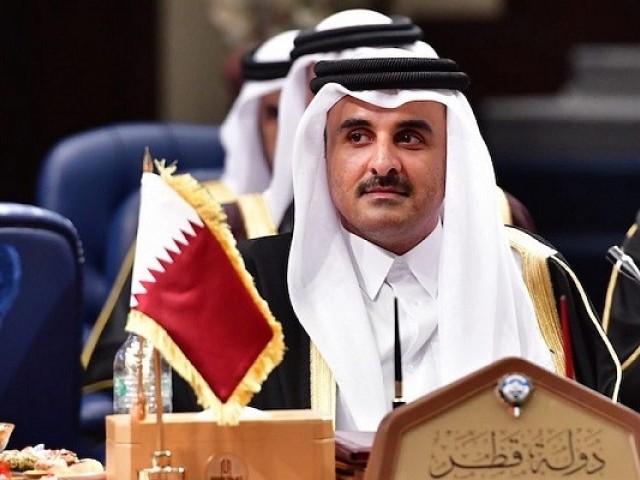 In a tweet by the Ministry of Foreign Affairs, Foreign Office (FO) spokesperson Dr Mohammad Faisal stated that the Qatari leader “underscored the importance of de-escalation”.

The two leaders spoke on the phone and Thani offered facilitation in regards to the ongoing conflict between the arch-rivals.

The international community has stepped in to defuse tensions between Pakistan and India with US President Donald Trump talking about “decent news” from the two countries, and UN Secretary-General António Guterres offering mediation.

Saudi Arabia’s foreign minister, Adel Al Jubeir, will be travelling to the two countries on Sunday and Monday with a special message of the crown prince, while China is also sending its special envoy to the region.

Tensions escalated between Islamabad and New Delhi after the February 14 suicide attack in which a young man – a native of Indian occupied Kashmir (IoK) – rammed an explosives-laden car into an Indian paramilitary convoy, killing over 40 personnel in Pulwama district.