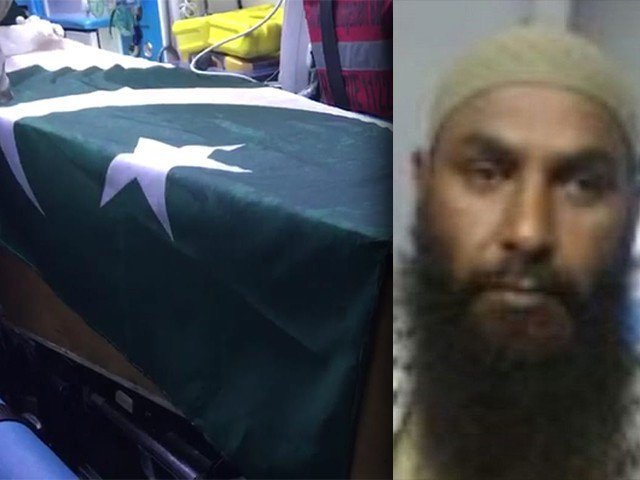 LAHORE/KARACHI: India on Saturday returned Pakistan’s ‘peace gesture’ with a coffin carrying the mortal remains of a Pakistani man stoned to death in an Indian jail in revenge for the February 14 suicide attack on Indian troops in the Pulwama district of Indian Occupied Kashmir (IOK).

A day earlier, Pakistan left the Narendra Modi administration dazed with the return of Indian Air Force (IAF) Wing Commander Abhinandan, the pilot of a MiG-21 fighter jet shot down in Pakistan’s airspace on Wednesday.

Abhinandan had bailed out after his warplane was hit by a Pakistan Air Force jet. He landed on the Pakistani side of the Line of Control (LoC) in Azad Kashmir where angry villagers gathered to lynch him, but Pakistani troops reached in time to rescue him from the mob.

He also acknowledged the excellent treatment he had received during Pakistan Army’s custody in a video that went viral on social media.

Two days after Abhinandan’s capture, Prime Minister Imran Khan surprised India – and Pakistan too – when he announced to release him as a ‘peace gesture’ in a move that, according to some analysts, might have averted a possible war between the arch-nemesis.

The pliant Indian media, however, spun the Pakistani move into a diplomatic victory for the Modi administration in the standoff with Pakistan. Sabre-rattling did not abate. Warmongering did not subside. The cacophony of jingoistic frenzy whipped up by the Indian media drowned out a few feeble sane voices in favour of Pakistani move.

Modi, in the words of one Indian writer, is being “egged on by jingoistic anchors, ex-generals and ex-diplomats to salvage India’s honour” which has been hurt by the Pulwama attack and downing of IAF warplane.

Modi refuses to relent in the current confrontation which he, according to Indian opposition politicians, wants to use to win the upcoming elections. Prime Minister Imran, who has consistently been calling for de-escalation, tried three times to speak to Modi, but he didn’t receive the call.

“It’ll be unfortunate if Modi continues to hold the people of India hostage for his own political gains in the upcoming elections,” said columnist Shahzaib Khan.

Minutes after Abhinandan’s handover, Indian troops resorted to heavy unprovoked shelling on civilian population on the Pakistani side of the LoC on Friday night which continued into Saturday.

“It’s entirely unjustified if this peace gesture [of Pakistan] is not reciprocated by de-escalation by India or if it’s reciprocated in the form of continued aggression at LoC,” Khan told The Express Tribune.

On Saturday, the Indian authorities returned a coffin draped in Pakistani flag. The coffin carried the body of Shakir Ullah, a Pakistani prisoner stoned to death by fellow inmates at the Jaipur Jail in Rajasthan state. The body was handed over by India’s Border Security Force to the family at the Wagah border.

The atmosphere at the Wagah-Attari border was in sharp contrast to Friday when Abhinandan was handed over to Indian authorities. A large number of Indians had turned up carrying flags and placards to receive the pilot. On Saturday however, the atmosphere was gloomy as the bereaved family received the coffin amid tears and sobs.

Shakir Ullah – who belonged to Sialkot district of Punjab – was gruesomely lynched by Indian prisoners in revenge for the Pulwama attack. The body had been kept in a Jaipur mortuary ever since.

Shakir Ullah was arrested in the Indian state of Gujarat in 2001 and had been serving life imprisonment after his shady trial and questionable conviction in a terror-related case.

India has not shared details of  Pakistan condemned the sickening incident and requested India to immediately provide details of inquiry and post-mortem report, which, according to the Foreign Office, have not been provided so far.

“Pakistan reiterates its demand that the culprits must be taken to task, findings of the inquiry and post mortem report may be shared urgently and to ensure safety of all Pakistanis, especially Pakistani prisoners in Indian jails to prevent recurrence of such tragic and reprehensible incidents,” the Foreign Office spokesperson said in a statement.

Analysts say the timing of the handover of Shakir Ullah’s body is telling. “I fail to understand that this could be mere coincidence as Pakistan handed over the Indian pilot on Friday and a day later the Indians returned the body,” Muhammad Ali Ehsan, a member faculty of Contemporary Studies at National Defence University, told The Express Tribune.

Another security analyst blamed the war hysteria for Shakir Ullah’s killing, saying it could have been prevented. “The war hysteria that swept across India in the aftermath of Pulwama attack resulted in the jail staff allowing such a deplorable act to happen,” said Talat Masood.

“It was against the Geneva Conventions, normal behaviour, and international norms,” he added.

International community has stepped in to defuse tensions between Pakistan and India with US President Donald Trump talking about “decent news” from the two countries, and UN Secretary General António Guterres offering mediation.

Saudi Arabia’s foreign minister, Adel Al Jubeir, will be travelling to the two countries on Sunday and Monday with a special message of the crown prince, while China is also sending its special envoy to the region.

Analysts, however, agree that Pakistan’s peace gesture is unlikely to soothe frayed tempers in India. “The tempers are still very high. Even the very good gesture of ours to free the Indian pilot hasn’t been well received. In fact, PM Modi and others have not at all welcomed it, which shows they will keep up the pressure on Pakistan,” said Masood.

However, he doesn’t foresee tensions escalating into a full-blown war. The military to military conflict would probably ease, but political confrontation and hostility of the Indian government towards Pakistan would continue,” he said.

“He [Modi] might not trigger a war, but he would certainly raise the temperature to a point where he can continue to gain politically, at least from his perspective,” he added. Modi’s entire election campaign is built around a narrative that he is very tough and most suitable politician and knows how to handle India’s arch-enemy Pakistan.

Ehsan agreed that “tensions would not de-escalate anytime soon”. He referred to the ongoing heavy skirmishes on the LoC and said the Modi administration might be talking about taking action against Pakistan

“Diplomatically, politically, and morally Pakistan stands on a moral high ground. And this is something Modi, given the kind of person he is and the kind of politics he conducts, would never want because to sit on the negotiating table, you need to be on a firmer ground,” said Ehsan.