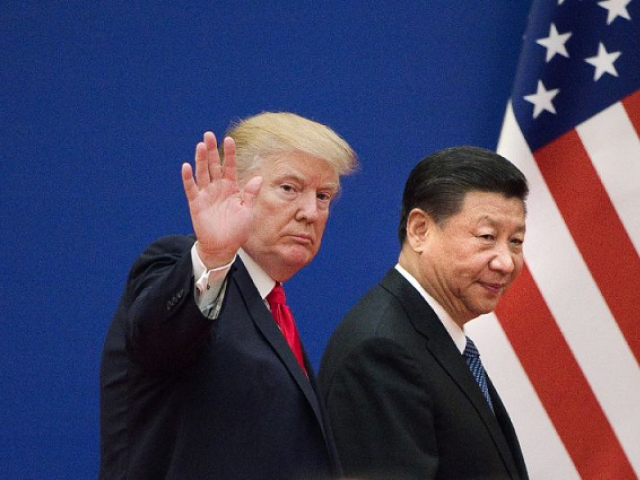 WASHINGTON: US President Donald Trump on Friday urged China to abolish tariffs on agricultural products imported from the United States – adding that trade talks between the rival powers were going well.

“I have asked China to immediately remove all Tariffs on our agricultural products (including beef, pork, etc.),” the president wrote on Twitter.

He said his request was based on the fact that negotiations with China were “moving along nicely” – and his delay last week of a planned tariff increase on Chinese exports.

“This is very important for our great farmers – and me!” he added.

After months of trade war, the US and China agreed to a 90-day truce to work out their differences. It was scheduled to end on Friday, but Trump eventually lifted the ultimatum to increase tariffs, satisfied by progress made in several rounds of talks in Beijing and Washington.

Top White House economic official Larry Kudlow said on Thursday the two countries were on the brink of a “historic” trade agreement. A meeting between Trump and his Chinese counterpart, Xi Jinping, is also expected this month.

After the latest round of talks in February, US Agriculture Secretary Sonny Perdue tweeted that China had committed to buying “an additional” 10 million metric tons of soybeans as a “show of good faith.”

US farmers rely greatly on such trade with China: in 2017, around a third of US soybean production – worth $14 billion – was exported there, where it is used to feed pigs.

Those exports plummeted last summer, when China imposed tariffs on US soybeans and other agricultural products.

Previously, in a gesture of goodwill at the start of the countries’ truce, China in December resumed soybean purchases.