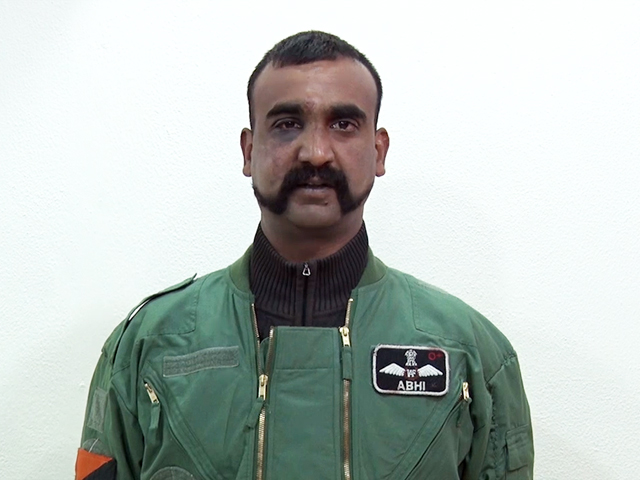 Wing Commander Abhinandan Varthaman, the captured Indian Air Force (IAF) fighter pilot has once again praised the professional treatment he received during his two-day stay with the Pakistani military moments before he was handed over to the Indian authorities on Friday.

The Indian pilot also admitted that the Indian media exaggerates a lot when it comes to issues related to Pakistan. “They make a mountain out of a molehill,” he can be heard as saying in a new video surfaced on social media on Friday.

The wing commander, who was piloting the Indian Air Force MiG-21 fighter jet downed by the PAF, was captured by villagers in Azad Jammu and Kashmir. They were trying to lynch him before Pakistani troops reached the site to rescue him.

Varthaman, while narrating the whole episode of his capture inside the Pakistani territory, said Pakistani Army personnel protected from being lynched by a mob as he landed in parachute after his MiG-21 fighter jet was shot down by the Pakistan Air Force (PAF).

“Pakistan Army is a very professional service. I am very impressed with them,” he reiterated.

Transcript: My name is Wing Commander Abhinandan and I am fighter pilot at Indian Air Force (IAF). I was looking to find the target when your air force shot down my warplane. Thereafter, I was left with no other option but to leave my aircraft which had broken down. I ejected and my parachute opened and I was carrying a pistol … there were many people [on the ground]. I had only one option for safety, I dropped my gun and tried to run away. People followed me and they were full of passion. Then two personnel of Pakistan Army arrived and saved me from [mob]. They kept me safe and took me to their unit where I was given first-aid and then I was taken to a hospital where I was given further medical treatment. Pakistan Army is a very professional service. I am very impressed with them. Indian media exaggerates a lot. They make a mountain out of a molehill.

Wing Commander Abhinandan had also praised the Pakistani military for rescuing him from an angry mob, in a video released earlier.