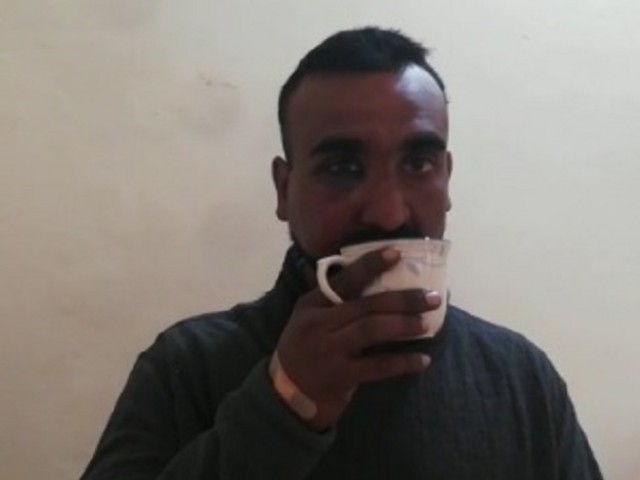 KARACHI  : Social media on both sides of the border praised the Pakistan armed forces for treating the pilot of an Indian jet – shot down by Pakistan Air Force – with dignity and respect.

Indian Air Force’s Wing Commander Abhinandan Varthaman was captured soon after he descended by parachute after bailing out from his disintegrating aircraft. The PAF shot down two IAF aircraft, and the wreckage of the second aircraft fell in Indian-occupied Kashmir.

Troops of the Pakistan Army moved quickly to save him from an angry mob and surrounded the downed airman for safety, even forcefully pushing away locals who wanted to assault him.

Soon after being transported to an undisclosed location, the Indian pilot was given prompt medical aid and was treated with the dignity that a serving officer deserves, displaying the highest standards of honour within the Pakistani armed forces.

“Good to see the young Indian pilot captured in Pakistan being treated with humanity,” tweeted Sherry Rehman in her tribute to the country’s armed forces.

Good to see the young Indian pilots captured in Pakistan being treated with humanity. Saw a video of Pak soldiers pushing back angry locals from site of capture,preventing violence on one hapless pilot. Imp to recall Confucius: Do unto others what we would have others do to us.

While author Fatima Bhutto called for Islamabad to release the captured pilot as a gesture of good faith to “maintain this profoundly moral stand”,

Pakistan must maintain this profoundly moral stand. It would be an important gesture to release the captured Indian airforce pilot. Our commitment at this moment must be to peace and humanity.

"I m very impressed by the professional & humane behaviour of Pakistan Army & i expect my Army to behave this way too. Thankful to Pakistan Army & i will say the same when i go back to India" Indian POW Pilot AbhiNandan. So thankful to Allah tht we r such a civil & mature nation. pic.twitter.com/P8uiC4EwFA

Comedian Jeremy McLellan made light of situation by saying the pilot was being shown the “legendary Pakistani hospitality”.

Indian journalist Barkha Dutt also weighed in on how Abhinandan was being treated “professionally”.

Calm, composed and dignified #Abhinandan you do us proud. Shrill Prime time evangelists could learn from officers like him. So relieved to see he is safe, treated professionally and hopefully will be handed back to India soon as per the Geneva convention. https://t.co/X0pgbfzXTj

Indian anchor Manak Gupta praised the Pakistani military for intervening and saving the pilot’s life from a mob.

Just saw video. Wing commander #Abhinandan was beaten up by locals where he fell. Pak army personnel had to fire some shots to disperse the crowd and save him. It seems he was not beaten up by Pak army.

I Salute Our Brave IAF, Pilot#Abhinandan
Thanks to Pakistani Army for Rescuing him from Mob #BringBackAbhinandan pic.twitter.com/NyGx8Swflk

IAF pilot Wing Commander Abhinandan took off in a MiG 21 Bison jet today, he is yet to return. However, by releasing this video, Pak has confirmed that he is safe. He will be back soon. pic.twitter.com/cY2T9zlAaq

oh my God,
Kashmiris were in a full mood to beat the shxt out of IAF pilot,