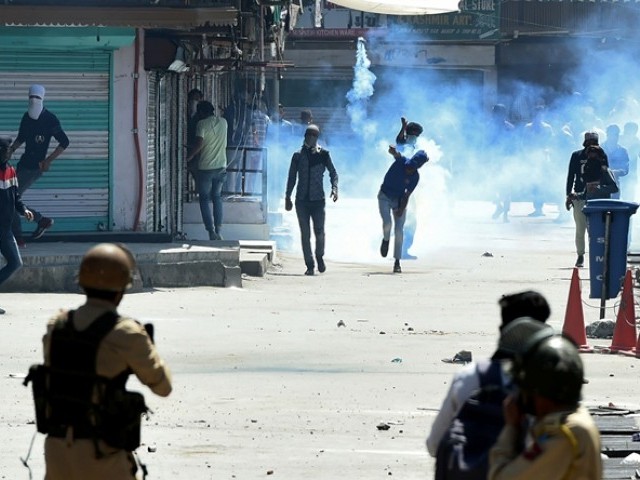 SRINAGAR: India banned a religious political party, Jamaat-e-Islami (JeI), for five years in occupied Kashmir on Thursday, accusing it of supporting
militancy in the Himalayan region.

A police officer said Indian authorities arrested about 300 JeI leaders and activists in recent days in a crackdown on militancy in the state after a suicide bomber killed over 40 paramilitary police on February 14 in Pulwama district.

The attack was reportedly claimed by a banned militant group Jaish-e- Muhammad.

Created in 1942, JeI participated in Indian elections for more than two decades before becoming engaged with pro-freedom politics.

It is the third ban to be imposed on the organisation, which wants occupied Kashmir to be independent from India.

India’s Ministry of Home Affairs said JeI supports claim for secession of a part of India, and that if its activities were not curbed, it could cause trouble for the country.

“If the unlawful activities of JeI are not curbed and controlled immediately, it is likely to escalate its subversive activities including attempt to carve out an Islamic State out of the territory of Union of India by destabilising the government established by law,” a ministry statement said.