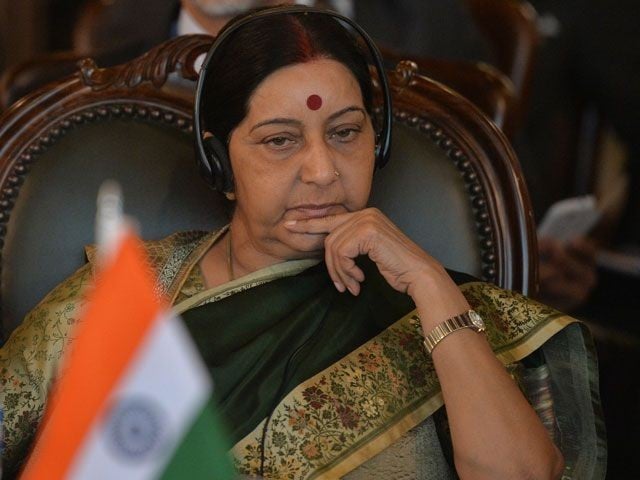 She stressed during a visit to China that “no military installations were targeted” in the air raid, describing the operation as a “pre-emptive strike” to prevent another attack in India by the banned Jaish-e-Mohammad (JeM) group.

The airspace violation by Indian jets capped 12 days of bitter exchanges between the two nuclear-armed hostile neighbours, triggering international alarm – with China and the European Union calling for both sides to show restraint.

The statement comes a day after Pakistan’s civil and military leadership declared the violation of airspace by Indian fighter jets “uncalled for aggression” and decided that the country would respond at the “time and place of its choosing”.

“Once again Indian government has resorted to a self-serving, reckless and fictitious claim. This action has been done for domestic consumption being in election environment, putting regional peace and stability at grave risk,” an official statement issued by the Prime Minister office said.

“The claimed area of strike is open for the world to see the facts on ground. For this domestic and international media is being taken to the impact site,” it added.

Pakistan shall respond at the time and place of its choosing: NSC

It was Director General Inter-Services Public Relations (ISPR) Major General Asif Ghafoor, who first broke the news of airspace violation by Indian jets along the Line of Control (LoC). His early morning tweet said Pakistan scrambled its fighter jets to challenge the Indian incursion. In haste, according to the chief military spokesperson, Indian warplanes released their payloads that had free fall in an open area.

Pakistan did confirm the Indian incursion but strongly rebutted the claim that any terrorist camp was hit on its side of the LoC.