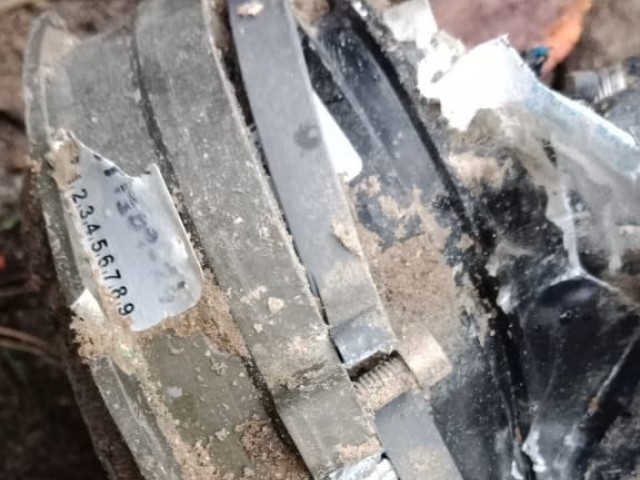 The Indian Air Force (IAF) violated Pakistani airspace on Tuesday near the Line of Control (LoC) and were chased away by Pakistan Air Force (PAF) jets which were immediately scrambled to thwart any aggressive move by the country’s eastern neighbour, said the Inter-Services Public Relations (ISPR).

“Facing timely and effective response from Pakistan Air Force released payload in haste while escaping which fell near Balakot.”

Indian aircrafts’ intrusion across LOC in Muzafarabad Sector within AJ&K was 3-4 miles.Under forced hasty withdrawal aircrafts released payload which had free fall in open area. No infrastructure got hit, no casualties. Technical details and other important information to follow.

The military added that no casualties or damage was reported in the area.

Indian aircrafts intruded from Muzafarabad sector. Facing timely and effective response from Pakistan Air Force released payload in haste while escaping which fell near Balakot. No casualties or damage.

Major General Ghafoor also tweeted images of the payload, shards of metal in a heavily forested area, dropped by the escaping Indian aircraft.

Villagers in the area said only one person was wounded in the attack and they knew of no fatalities, according to Reuters.

From what villagers could see, the Indian attack had missed its supposed target as the bombs dropped exploded about a kilometre away from any structure.

Mohammad Ajmal, a 25 year-old villager in the area, where the attack took place, said he had heard four loud bangs in succession just before 3:00am.

“We couldn’t tell what had happened. It was only in the morning that we figured out it was an attack,” he told Reuters after visiting the site, in a wooded hilltop area.

“We saw fallen trees and one damaged house, and four craters where the bombs had fallen.”

Fida Hussain Shah, a 46 year-old farmer, said he and other villagers had found pieces of Indian ordnance that had splintered pine trees on the hill but the only casualty was a man sleeping in his house when shrapnel broke the windows.

War frenzy has been sweeping across India even since a young man from Indian occupied Kashmir rammed a vehicle full of explosives into a military convoy in Pulwama, killing nearly four dozen soldiers on February 14.

Islamabad had offered India every possible help to investigate the attack and even held out an assurance that action would be taken if Delhi shared credible evidence of involvement of any group using Pakistan’s soil for attacks in mainland India.