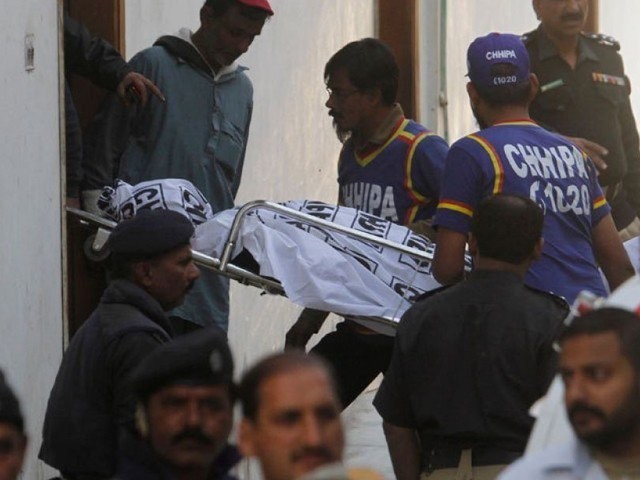 Victims had arrived a day earlier from Quetta with their parents and paternal aunt, who is also in critical condition. PHOTO: EXPRESS

KARACHI: Five minor siblings died in Karachi on Friday after consuming what authorities claim to be ‘poisonous’ food.

The children, accompanied by their parents and a paternal aunt, had only arrived in the port city from Quetta the previous night.

As horrifying details of the shocking incident started pouring in, the Sindh government’s machinery characteristically jolted into action.

The chief minister ordered an inquiry. Several cabinet members and lawmakers reached the hospital to condole with the bereaved parents.

The police huffed and puffed and arrested eight persons in connection with the case. The Sindh Food Authority too appeared to look busy.

Two minors die after dining out at high-end Karachi restaurant

The reason for undertaking the trip was to get a medical opinion for Nida, who had suffered a leg injury. Thinking they would make a mini-vacation out of the journey, they had brought the children along. Little did they know that the mini-vacation would turn out to be their worst nightmare.

En route, the family stopped at a friend’s house in Khuzdar for lunch. They then left for Karachi, briefly stopping at Hub Chowki to get snacks for the children. The snacks, according to the Faisal, included packaged chips and juices for children.

The family arrived in Karachi late on Thursday evening and checked into the government officers’ lodge, Qasr-e-Naz. According to police, Faisal had arranged for the family’s lodging at Qasr-e-Naz through a friend.

Later that evening, Faisal bought biryani from the Naubahar Restaurant near the Passport Office in Saddar, which he brought back to the guest house for the family.

Several hours later, Nida complained of feeling uneasy and asked her husband to take her to the hospital. Faisal immediately rushed her to the Aga Khan University Hospital near the National Stadium. Sometime later, Faisal received a call from his sister, Beena, who too complained that the children’s health as well as her own was deteriorating.

Faisal rushed back to Qasr-e-Naz, helped his sister and children into the car and drove them to the AKUH. On reaching the hospital, doctors pronounced the children dead on arrival. Beena’s condition was said to be unstable and she was immediately shifted to the Intensive Care Unit (ICU).

The children’s mother, meanwhile, was discharged after treatment. When she heard news of the children’s deaths, she went into a state of shock.

The hospital administration informed the police of the children’s death at 10am. Soon after, the New Town Police arrived at the hospital and started collecting information.

In November, two minor brothers had died of food poisoning and their mother was hospitalised after dining out at a high-end restaurant, Arizona Grill, in an upscale neighbourhood of Karachi. During its investigation, the SFA had found expired meat stored in the restaurant’s warehouse.

Later, the victims’ family had pardoned the restaurant management.