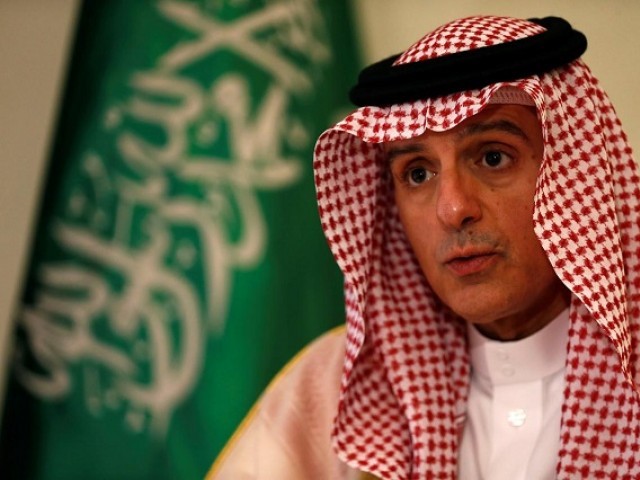 Saudi Foreign Minister Adel al-Jubeir lauded Pakistan’s efforts in the war against terror and said Islamabad lost thousands of soldiers and civilians in the fight against terrorist outfits in the tribal areas.

Giving an interview to India’s NDTV, when asked whether Saudi Arabia believes Pakistan has done enough to combat terrorism, al-Jubeir said, “to their credit, they have worked in the tribal areas, and they have lost a huge number of soldiers going after the terrorist groups in the tribal areas. So their view is that they have made a great sacrifice and that they are doing all they can to go after the terrorists”.

The Saudi foreign minister further added that every country in the world should be doing everything they can to go after terrorists.

Referring to the escalation between Pakistan and India following the suicide car bombing in occupied Kashmir’s Pulwama district, the foreign minister stressed the need for ‘de-escalation’ between the two countries and added that there should be discussions to resolve issues in a way that protects the lives of innocent.

The interviewer also raised Indian concerns regarding the Saudi-Pakistan joint statement which referred to “the need for avoiding the politicisation of the UN listing regime”, which has been taken as a reference to Masood Azhar, founder of the banned Jaish-e-Mohammad.

“This seems to give an appearance that Saudi Arabia would be opposed to the listing of Masood Azhar, the founder of the Jaish-e-Mohammad, as a global terrorist at the United Nations. Is that the case,” the FM was asked.

“Our policy on listing individuals is very clear, if someone is engaged in terrorism, if someone belongs to a terror organisation that is responsible for murdering people, if somebody finances terrorism or recruits for terrorism, that person is implicated in terrorism and ought to be punished and if you can’t capture that person, he or she has to be designated so that they cannot roam the world freely and when they are captured, they are brought to justice,” the kingdom’s FM said, adding that the listing issue had to do with financial issues that involve FATF.

“I guess FATF was taken out and it was read like this so I don’t believe it pertains specifically to the issue you mentioned.”

When questioned whether the issue of the provision of evidence was raised during meetings held with both sides, he said colleagues in India have mentioned it. “We have security channels through which such information is exchanged and I expect that this information will be exchanged,” he said.

He further added, however, that they have heard from the other side [Pakistan] too, who maintain that they are not involved in the incident.