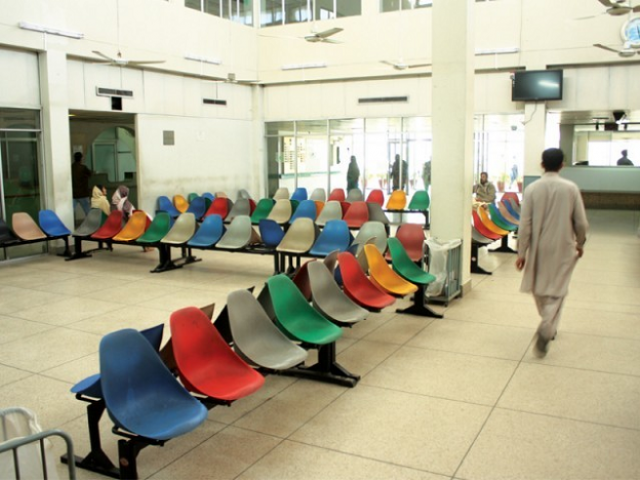 Increased salaries of doctors will be disbursed after the approval by provincial cabinet, says Wahab. PHOTO: FILE

Wahab said that the Sindh government was serious in resolving the issue. He said that Sindh chief minister had already assured the fulfillment of YDA’s demands and the salaries of doctors in Sindh had been increased to match their counterparts in other provinces. He added the demands would be approved by the provincial cabinet and the salaries of the doctors will be issued after the approval.

Wahab further said that protest was everyone’s democratic right, however, serious steps like strikes in hospitals should not be appreciated. He said, “I hope that the people related to the prestigious professions in medicine will prefer negotiations for issues in the future”.

The OPDs remained closed on Sunday as it was the weekend and the OTs were also boycotted.

Earlier on Sunday, the Sindh health department, taking measures to restore the services at hospitals, had issued orders to open the out-patient departments (OPDs) of all government hospitals starting Monday. It had instructed the hospitals’ administration to make a list of the protesting doctors.

Earlier, on January 30, the Sindh government had assured that the doctors’ demands would be accepted and a notification would be issued in this regard within seven days. The notification was issued and so the doctors continued their strike.

After the health department gave orders to open all departments of hospitals, they responded by giving the government one day to resolve the issue, maintaining that they would continue with the boycott if the issue was not resolved. They had further said that if the government persisted in denying their demands, they would expand the scope of their strike and boycott the polio vaccine movement and shut the emergency wards.

The doctors’ demanded that their salaries and pensions be increased to that of their counterparts in Punjab and more than 2,000 doctors from BS-18 be promoted to BS-20 posts.