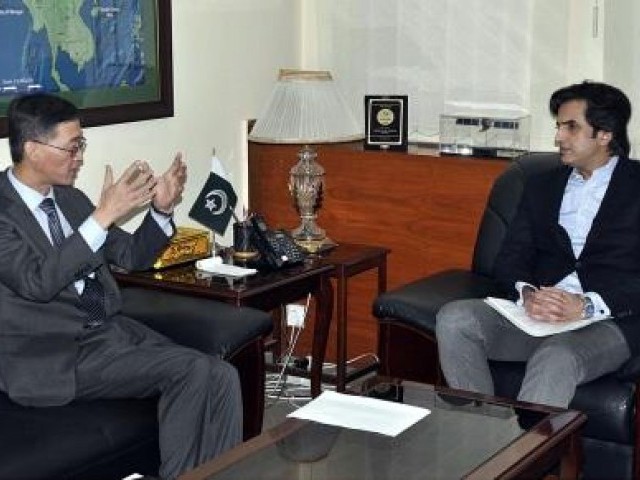 ISLAMABAD.: Planning, Development and Reform Minister Makhdum Khusro Bakhtyar on Wednesday said consensus among stakeholders had been developed on the Gwadar City master plan, which would be finalised at the earliest.

Talking to Chinese Ambassador Yao Jing, who called on him, the minister stressed the need for expediting progress on projects in Gwadar such as new international airport, hospital, vocational institutes and a power plant.

“The [Gwadar] projects will not only create conducive environment for future investment but also help upgrade facilities for local population,” the statement quoted the minister as telling the Chinese ambassador.”[The government is] all set to attract more trilateral investment here in future.”

He hailed the Chinese government for financial support to initiate pilot projects for poverty alleviation, saying that the Pakistan side would identify sites for workable as well as impact-creating projects with the input of provincial governments in this sector.

“All measures will be taken to fast-track the industrial cooperation by ensuring development of special economic zones (SEZs). The ground breaking of the Rashakai SEZ would be done soon, Bakhtyar reiterated.

“The federal government will facilitate in providing utilities such as power, gas supply and road infrastructure to all the SEZs under CPEC, in order for a speedy development of those projects,” the minister added.

He asked the Chinese government to encourage state-owned as well as the private sector companies to explore investment opportunities in Pakistan. He highlighted importance of agriculture sector development for Pakistan’s economic uplift.

The federal and provincial governments would come up with a viable road-map for the forthcoming Joint Working Group (JWG) meeting on agriculture, he said, adding: “We promote technology transfer, trade facilitation and scientific as well as technical cooperation in this important sector.”

The minister also stated that the government would welcome Chinese agriculture sector companies to explore investment opportunities in Pakistan for input supplies as well as in food production processing, logistics, marketing and exports in a vertically integrated way or through joint ventures.

He stressed the need for finalising a preliminary design of Pakistan Railways’ ML-1 upgradation so that negotiation on financial matters may commence. Both sides agreed to prepare tangible deliverables for the Prime Minister’s visit to China to participate in Belt and Road Forum, in April this year.

Satellite survey of Gwadar to be carried out