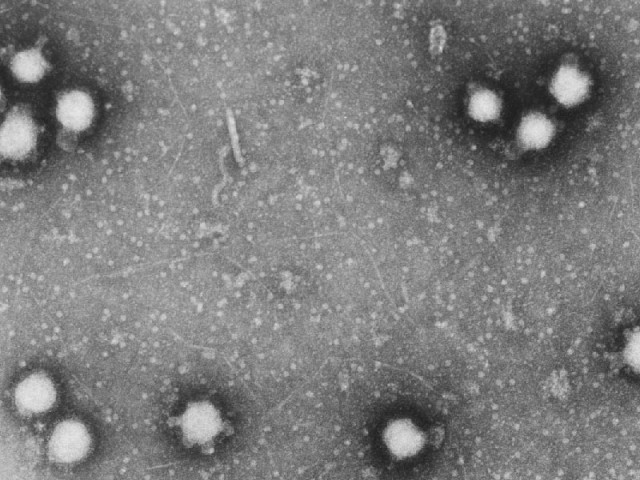 In 2018, the disease claimed 16 lives in Karachi while 41 others were also infected. PHOTO: FILE

Tazeem Faizan, 35, a resident of Orangi Town, was shifted to JPMC from a private hospital in critical condition a few days ago. On Monday, she was diagnosed with Congo fever. According to the JPMC Executive Director Dr Seemin Jamali, the woman had a very low platelet count and was vomiting blood.

In 2018, the disease claimed 16 lives in Karachi while 41 others were also infected.

Meanwhile, the number of reported dengue cases has risen to 166 in Karachi in 2019.

According to the weekly report issued by the Prevention and Control Programme for Dengue in Sindh, as many as 17 new dengue fever cases surfaced throughout Karachi in a week. In February, a total of 28 dengue positive cases surfaced across the city.

A total of 171 dengue cases have been detected in Sindh province so far. One death was also reported from dengue fever this year.

The Pakistan Medical Association (PMA) also expressed concern over the XDR typhoid cases in Karachi and interior Sindh. According to the reports, XDR typhoid cases have exceeded the 8,000 figure, with most cases being reported from Karachi, followed by Hyderabad, Sanghar and the adjoining districts.