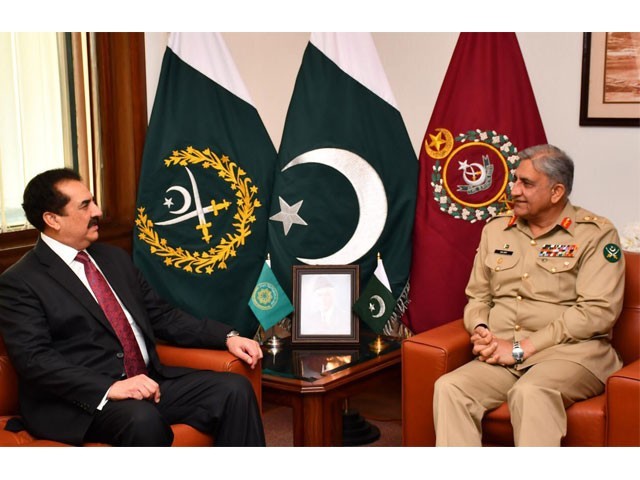 The development came during a meeting between General (retd) Raheel Sharif, the chief of the Islamic military coalition, and General Qamar at the General Headquarters in Rawalpindi on Monday, said the ISPR.

General Raheel, who retired as chief of Pakistan Army in November 2016, arrived in Pakistan along with the IMCTC delegation on Sunday.

The Islamic coalition of 41 countries aims to fight “terrorism through collective efforts in the ideology, communication, counter-terrorist financing & military domains”.

The #IMCTC works within 4 domains of action to #CounterTerrorism, including the ideology domain, which promotes an intellectual understanding of #Islam and #diversity as effective tools against the false beliefs of violent extremist ideologies. pic.twitter.com/JEZdzNEdp3

During the meeting, the military’s media wing added, matters of mutual interest including regional peace and stability were discussed.

The meeting between the two commanders comes days before Saudi Crown Prince Mohammad bin Salman is due to visit the country.

Pakistan is likely to sign a number of investment deals, including the construction of a multi-billion-dollar oil refinery in the port city of Gwadar, during the upcoming visit.