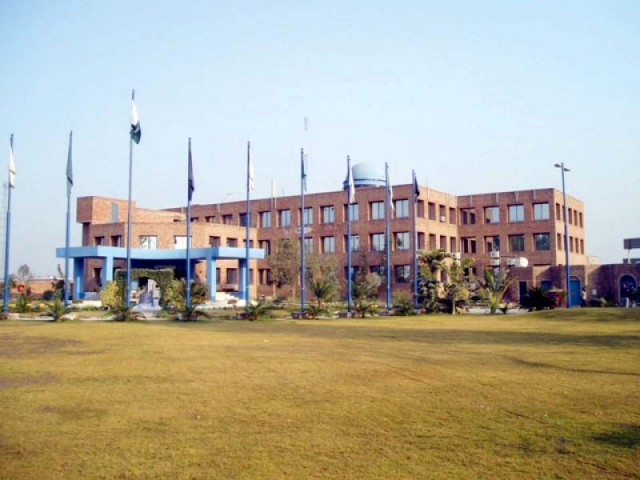 FAISALABAD: In the early 1990s, exporters and industrialists in Faisalabad got together and built the city’s dry port in an effort to reduce some of the costs associated with exports through traditional port infrastructure. Soon, they had spent Rs460 million to build the facility, which has two loader cranes and sprawls over 25 acres.

The dry port is open every day of the week and container fees are as little as half of those in Karachi. A one-window operation has also been set up to facilitate exporters, but despite all this, business activities at the dry port have actually reduced. This is because, within a few years of the dry port becoming fully operational, the government changed its policies, pushing local traders to move back to dependence on Karachi port.

Faisalabad Dry Port General Manager Nadeem Ahmed Chishti has been looking after the administrative affairs of the facility for well over a decade. He recalled a glorious past when the dry port used to be the biggest tax generator of Faisalabad. Chishti told The Express Tribune that hundreds of containers passed through the facility every day, but after the 18th Amendment, the Punjab Revenue Authority (PRA) imposed a service tax on imports, whereas the businessmen already pay another service tax at the port in Karachi. In order to avoid the Punjab tax, importers pay the Sindh Revenue Authority tax and use standard road shipping instead of the dry port.

Chishti blamed the Federal Board of Revenue (FBR) for the decrease in exports from Faisalabad, including through dry ports. He said tax refunds for exports through Karachi are paid out in six to eight months, while for Punjab dry ports, export refunds take more than a year or two to process, due to which many exporters have become more reliant on Karachi port.

According to Faisalabad Dry Port Vice Chairman Muzammil Sultan, Faisalabad represents 25% of the country’s overall exports, and of this, about 50-60% is from the local textile industry.  Sultan said it is a perfect storm of bad policies by previous governments that led to the problems the dry port is now facing, including differentiated expenses at Karachi and Faisalabad ports, and lags in duty refunds in Faisalabad. He added that if a direct goods train from Faisalabad to Karachi were introduced, positive developments would also be seen at the Faisalabad Dry Port.

Pakistan Textile Exporters Association Chairman Khurram Mukhtar also blamed the provincial revenue authority and delays in refunds for the fading use of the dry port. According to Mukhtar, textiles still represent over 30% of the country’s exports, and Faisalabad plays a vital role in the country’s economy.

Most important, he said, is for the government to consult with local traders and the dry port trust to review export policies and services taxes imposed by the PRA and establish timely refunds for containers.