Will of the people is suprem­e, but suprem­e as compar­ed to what?
By Fahd Husain
Published: February 10, 2019
Tweet Email 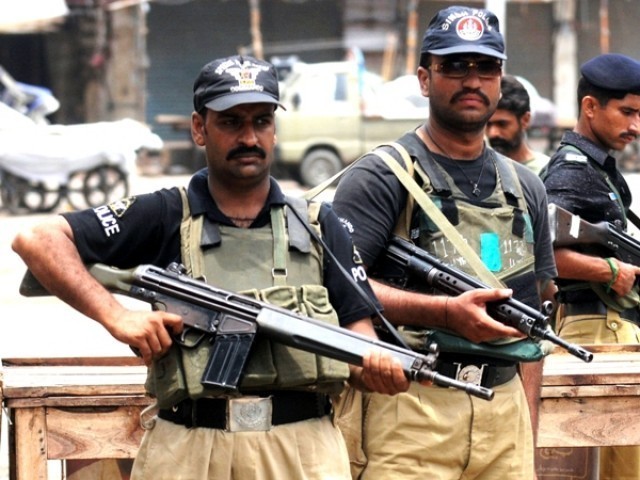 Will of the people is supreme, but supreme as compared to what? PHOTO: FILE

What do you do when people do not know what is best for them? You tell them. Firmly.

Our system is so 20th century. Like Britney Spears, like Belinda Carlisle, like Boy George — sounded great then, but now not so much. Time marches on. As do tastes. Today it’s Ariana Grande and Ed Sheeran and Taylor Swift that define the moment.

As does Gunpowder governance.

We are flexible, and adaptable, and progressive. We do not remain stuck in the past. We do not remain wedded to archaic concepts. We evolve with the ebb and flow of time. Yes we ride the new wave to higher levels of governance that truly aims to lift the teeming masses of Pakistan to dizzying heights of prosperity.

It is this evolution that propels us from absolute monarchy to republican despotism to dynastic democracy to…gunpowder governance. A natural evolution if ever there was one.

For it is in gunpowder governance that we lock in the perfect hybrid of popular will and 5th generation national interest. It is here that we unlock the explosive potential of free citizens and wed it to the engine of national prowess. It is here, in fact, that we trigger the dynamism of individual Pakistanis and handcuff it to the expansive vision of the State. It is a hybrid like no other — a marriage of convenience, if you will, between the cog and the wheel.

If a Cambridge-educated professor can be picked up in the dead of night from the house by the cops in Lahore and booked for making speeches, it is not because of the speeches but because he and others like him disturb the order of the hybrid system which has evolved into existence because of the failure of the previous systems. Cambridge may have taught the good professor a lot, but clearly not enough.

In fact what most people need to be taught is a lesson.

It is a lesson that inculcates in us the dire importance of order in society. Yes, law too is important but only if it leads to order. What use of the law if it allows citizens to say whatever they want to say regardless of the effect on society and those who shape it? The nation must march forward with discipline, not rush headlong into chaos like a noisy mob.

So what if a journalist was picked up by the FIA Cyber Crimes Unit? He tweeted something that violated the law — a law properly legislated by the parliament lest you wonder. What do you do with people who break the law? You arrest them. The issue is not the tweet but the act of disturbing the order of the hybrid system, which (in case you do not remember) has evolved into existence because of the failure of the earlier system. We have upgraded ourselves, you see.

Then of course there are our friends to emulate: China, Russia and Turkey. They are clearly doing something right given the advanced state of their political evolution. They are all major powers in their own right. They all boast political, military and even cultural muscle. They do what is right for them and do not constrain themselves within 20th century concepts. These three Asian powers may not have too many things in common but one trait they do share: order.

They believe in the order of things that constitute statecraft. Tough love does work, it seems. So why should we not emulate them and climb the ladder of success one rung at a time? Why the heck not? That’s the least we can do after experimenting with a system that gave us the ‘lost decade’ of the nineties. That experiment cost us dearly, but we did learn valuable lessons.

One such lesson has led to the present-day success of gunpowder governance. As the term suggests, it is a mode of governance that bases itself on enforceable rules and regulations. Coercion? Not at all. Coercion means forcing someone to do something against their will. Law is the product of public will exercised through the votes of the representatives of the public. The good professor was booked under a law. No coercion, right? The journalist was arrested under the specific cyber crime law. No coercion, right? Law must lead to order because order will lead to national progress. No?

Think twice before disagreeing. Not because you do not have a right to (of course you do) but because your disagreement may disturb the order of the hybrid system which, if you recall, evolved into existence because of the failure of the last system. Will of the people is supreme, but supreme as compared to what? Recall what visionary entrepreneur and Apple founder Steve Jobs said:

The likes of the good professor and the journalist and all others like them may know what they want but they won’t know what they really want till they see progress flowing out of gunpowder governance. Play by the rules and we shall reap rich dividends. We all crib that leaders have bent the system to their liking and destroyed things. Why not let the system bend the leaders to its liking and fix things?

Do not be afraid of gunpowder governance. Pull the trigger and it will blast you into a glorious future.