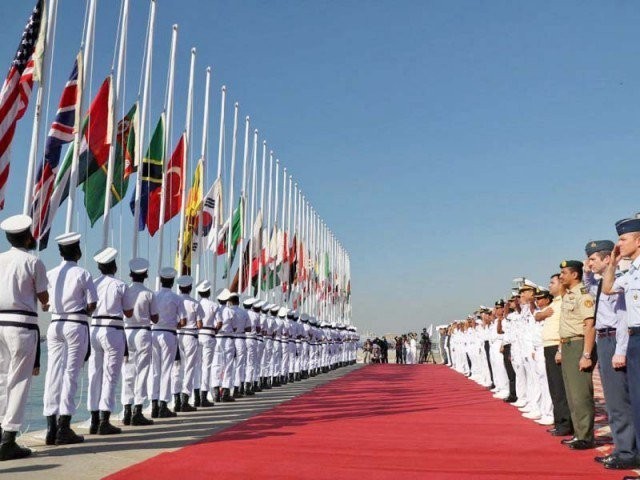 The multinational maritime exercise AMAN-2019, hosted by the Pakistan Navy (PN), will commence from February 8, Radio Pakistan reported on Thursday.

Commander Pakistan Fleet Vice Admiral Amjad Niazi, while addressing the media, said the exercise is spread over two phases and contingents from 46 countries will participate in this year’s drill.

The exercise was first held in 2007. The drills, aimed at conveying a message of peace to the world, are organised bi-annually.

Niazi added that an international maritime conference shall also be held on the occasion.

The Japanese aircrew participated in various events including search and rescue (SAR) and counter-piracy (CP) exercises along with navy aircrew. The Japanese contingent also visited maritime and Pakistan Air Force (PAF) museums to learn about the historic achievements of the two forces.