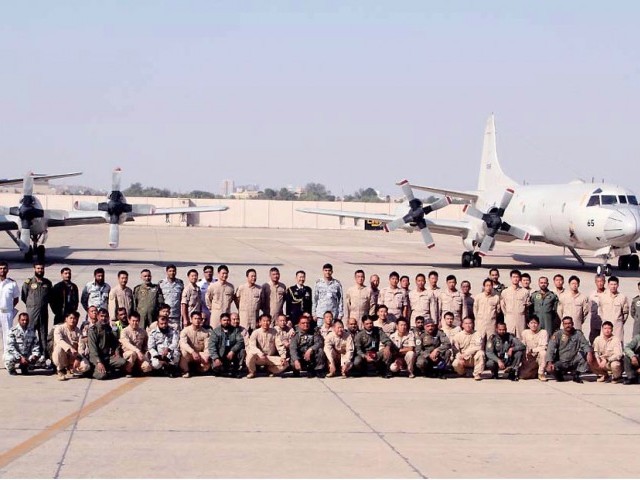 The Pakistan Navy is hosting the 6th series of AMAN-19 – a Multinational Maritime Exercise – in February 2019 in Karachi, and two Japanese Naval P3C aircrafts of Deployed Maritime Force for Anti-Piracy Enforcement (DAPE) visited the PNS Mehran in Karachi for the pre-AMAN-19 exercise.

According to a press statement issued by the navy’s Director General Public Relations (DGPR) on Saturday, the Japanese aircrew participated in various events including search and rescue (SAR) and counter piracy (CP) exercises along with the navy aircrew.

The Japanese contingent also visited maritime and Pakistan Air Force (PAF) museums to learn about the historic achievements of the two forces.

A farewell dinner for the contingent was hosted by commander naval aviation, which was attended by the Japanese crew along with senior representatives and dignitaries of Japan.

“Visit by Japanese aircraft is reflective of strong mutual desire to improve the level of coordination and interoperability at operational and tactical level.  The visit focused not only to enhance good relations but also combating and countering illicit activities particularly in North Arabian Sea (NAS),” it said.

The Japanese aircraft participation in maritime exercises afforded ample opportunity to participating aircrew to enhance interoperability for the SAR and CP operations in befitting and professional manner, it said.

The statement hailed it as a hallmark of maritime partnership between the Pakistan Navy and Japan Maritime Self Defence Force (JMSDF).  It stated that the visit would further foster navy to navy relations and will go a long way in improving friendly relations and give impetus to diplomatic and military ties between Pakistan and Japan.