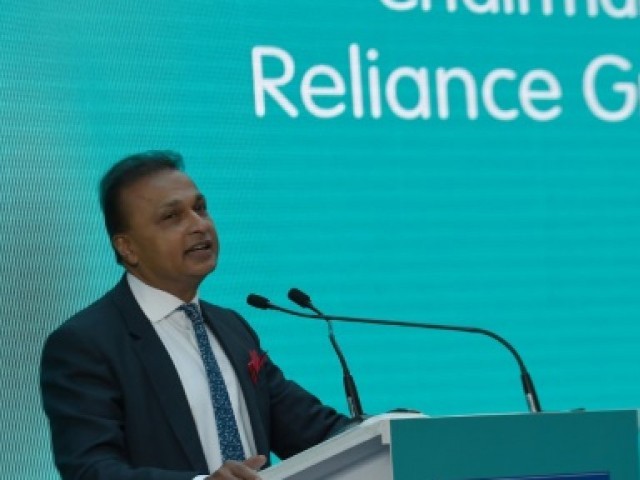 MUMBAI: Shares in India’s Reliance Communications plunged on Tuesday as the debt-laden company pursues bankruptcy following a brutal telecoms price war that pitched two billionaire brothers against each other.

The Anil Ambani-led mobile carrier is reeling under debts of around $4 billion after a battle with Reliance Jio — led by Ambani’s older brother and India’s richest man Mukesh Ambani.

The fight for supremacy in India’s hugely competitive telecoms market is the latest twist in a long-running saga between the tycoon brothers which has gripped India’s business community.

Reliance Communications said in a statement last week that it had decided to start insolvency proceedings after failing to sell assets to pay back lenders.

The company had hoped to offload its telecom tower and spectrum business to Reliance Jio for $2.4 billion but the deal has hit regulatory hurdles and opposition from creditors.

It faces liquidation if it is unable to pay back its debts, with the help of the national bankruptcy court, in 270 days.

Shares in the mobile network firm fell 35% on Monday and finished another 28% lower on Tuesday.

Reliance Communications was once India’s second-biggest wireless carrier, but began a downward spiral when its rival shook up the telecoms market in 2016 by offering free voice calls and vastly cheaper data plans.

The new 4G Jio network sent competitors scurrying to match the costly investment or deciding to get out of India altogether.

The Ambani brothers engaged in a bitter feud for control of Reliance Industries after their rags-to-riches father Dhirubhai Ambani died in 2002 without a will.

The pair ended up splitting the Reliance group that was India’s most valuable listed company.

After a protracted court case that saw their mother, Kokilaben, act as peacemaker, the brothers agreed to bury the hatchet and tear up a non-competition agreement that prevented them from entering the same sectors.

In 2011, Mukesh and Anil came together to dedicate a memorial to their father, and their mother declared the enmity over, telling reporters: “There is love between the brothers.”

Despite hurdles, Chinese firm keen to take over K-Electric