There are two key actors left in Afghan peace equati­on: the US and the Taliba­n
By Hussain Nadim
Published: February 5, 2019
Tweet Email 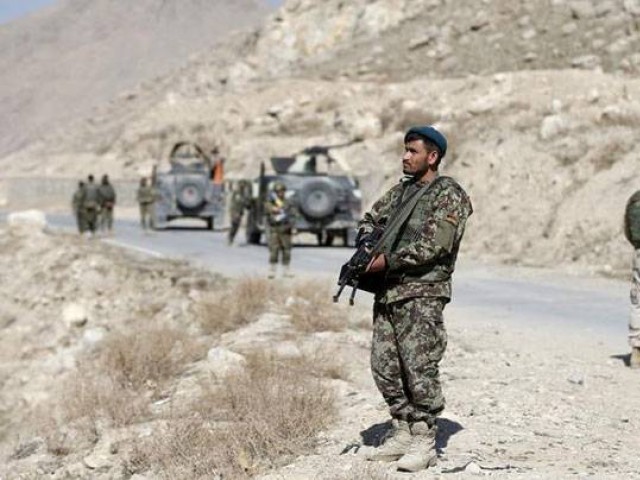 We are in the endgame now. There are two key actors left in Afghan peace equation that essentially carry the cards: the US and the Taliban.

All other actors are on the periphery that have a role but with varied intensity, including Pakistan, the Afghan government, China, Russia, India, Iran and the UAE.

I do not include the Afghan government as a key actor anymore given that it has been sidelined and does not exert enough power to influence the fate of the peace process.

I also do not attribute too much agency to Pakistan in the endgame because its influence over the Taliban has over the years waned to a point of a facilitator than what was wrongly believed to be a ‘puppet master’. Pakistan, however, does have a significant role to play, though, in the post-endgame.

Two recent events help give sense and make prediction on the Afghan peace process. First, Zalmay Khalilzad, the US Special Envoy for Afghanistan and Pakistan, led six-day-long talks with the Taliban and early reports indicate an agreement over the ceasefire and the US withdrawal from Afghanistan in 18 months.

The ceasefire helps the US to, in the meantime, figure out post-war adjustments between the Taliban and the Afghan government. This is where Pakistan is being asked to play a key role to convince the Taliban for an adjustment and reconciliation with Kabul. But do the Taliban really need any convincing?

While the Taliban have initially been reluctant to entertain Kabul rejecting it as an American puppet government, it recognises that it has to come to a settlement to ensure that the Taliban government is not globally isolated again as it was back in 1990s.

The settlement with Kabul, therefore, is almost crucial for the Taliban in its post-war legitimacy and stability. However, for the Taliban who understand the growing US desperation to exit Afghanistan, it will push for a delay to get the best bargain, and ideally at its own terms to define the post-war political map of Afghanistan.

For the US, the 17 year-long war has cut the options and forced clarity on the endgame. With al Qaeda already dismantled, the US is in need of a graceful exit from Afghanistan that will keep its prestige intact. This foremost requirement is a guarantee that Afghanistan will not erupt into a full-scale civil war right after the US exit.

The situation is somewhat similar to what the British found itself in India during the mid-1940s when it was about to leave the region. The violence that even the mighty British Raj could not stop once it left the region is a major concern for the US in Afghanistan. That concern however becomes meaningless when it comes to the political necessities in Washington, DC.

Given that President Trump is soon heading into the US election mode, his political and electoral needs are essentially driving the Afghan peace process.

If the peace process timings do not align with his electoral campaign needs, Trump may end up leaving in haste without a clear political settlement in Afghanistan. For President Trump, an exit from Afghan War — graceful or not needs to be pitched as a major milestone and a campaign promise to the American people.

Afghanistan going up into flames after that is not the headache Americans will likely take. This is where Pakistan fits into the Afghanistan equation for the US.

There is a reason why there is a sudden change in Washington’s tone on Pakistan. The Trump administration after the initial tough line on Pakistan is fast recognising what all the previous administrations realized: the significance of Pakistan in terms of the value and services it offers to the US. Post-9/11, Pakistan fought the frontline battle for the US for practically dimes bearing the largest cost of the War on Terror.

Now in the endgame, the US expects Pakistan to provide another service: manage the unavoidable post-war political mess in Afghanistan and bring stability in the region long after the US is gone. For Pakistan to pick up this task again is dangerous, but unavoidable. The only silver lining is the strong Chinese and Russian interest to help stabilise Afghanistan.

The US need for Pakistan to manage the fallout is reflective in the recent visit of Senator Lindsey Graham, a close aide of US President Trump, to Pakistan where he held talks with Prime Minister Imran Khan.

In a remarkable departure from the US official policy to press Pakistan to ‘do more’ in curbing terrorism in the region, Senator Graham lauded Pakistan’s role in the Afghan peace process praising PM Imran Khan for his unmoved stance to pursue dialogue with the Taliban instead of waging a war.

Senator Graham’s over-the-top praises of the new prime minister of Pakistan are, however, not going to come for free. It reflects the US attempt to woo the government of PM Khan so that Pakistan could be used once again as a client state to deliver the US interest. This time, however, not to fight an American war but to essentially clean the American mess in the region.

While Pakistan has been preparing for it for over the years, the exact nature and intensity is anybody’s guess. It may be an endgame for the US, but for Pakistan and other actors in the region there is a clear recognition that the game is only about to begin.

A dream of peace