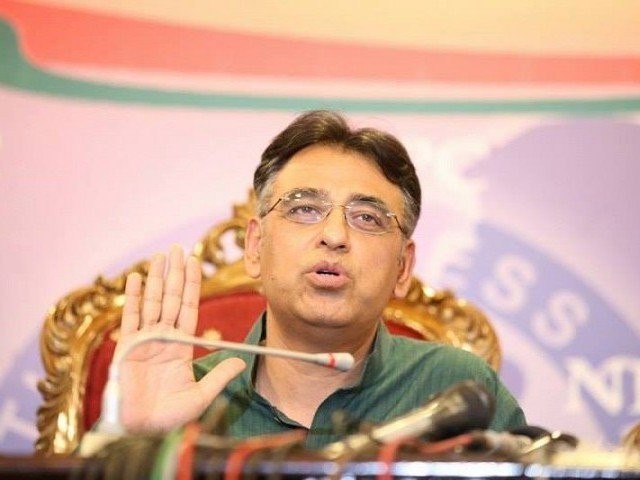 Agriculture sector has turned into a provincial issue after the 18th amendment. PHOTO: FILE

Finance Minister Asad Umar assured on Monday that the government would fully facilitate businesses and investors to bolster the country’s exports, Radio Pakistan reported on Monday.

Addressing a ceremony at the Federation of Pakistan Chambers of Commerce and Industry (FPCCI) in Lahore, the finance minister said that a simplified procedure of tax returns for individuals and entrepreneurs will be introduced during the ongoing fiscal year.

The minister also informed that the government would take efforts to recognise top taxpayers, and “a ceremony in this regard will be chaired by Prime Minister Imran Khan in order to encourage the people to file their tax returns”.

“The industrial sector has an important role in the economy and steps are being taken to address their problems including those relating to energy.”

He added there is a need for reforms in the energy sector. Net metering system has been introduced in the federal capital and it will be replicated in other parts of the country as well, said the finance minister.

The minister maintained that there is a dire need to deregulate power and electricity. “There is a need to rectify the system. I wanted to achieve a simple tax return process. In 2019, the procedure of filing tax returns for the tax return filers has to be simplified,” said Umar.

The minister further informed that special economic zones will be set up under the multi-billion dollar China-Pakistan Economic Corridor (CPEC) project and the Economic Coordination Committee (ECC), at its meeting on February 5, will deliberate upon early operationalisation of these zones.

“Cotton is the backbone of Pakistan’s economy, Our strategy for cotton will be decided through joint strategic dialogue between stakeholders and agriculture ministers,” said the finance minister while referring to one of the country’s vital export commodities.

“It is the investor’s duty to run the industries, the government can assist them.”

Umar also informed that the government is currently working to ease the process of tax returns.

Pakistan to resume talks with India after polls: Fawad