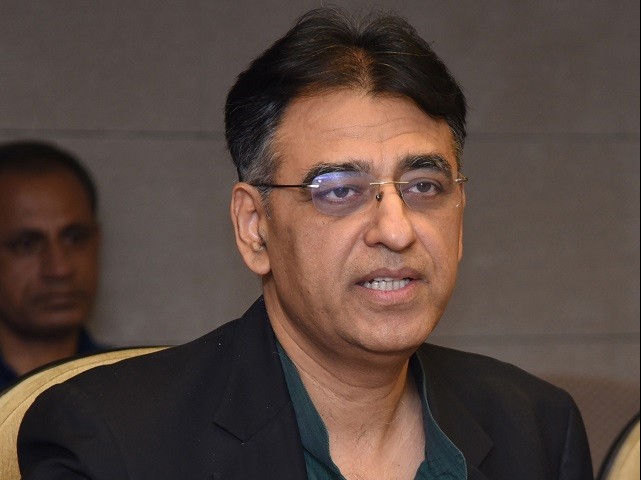 While talking to the media aboard a flight from Karachi to Islamabad, the finance minister apprised State Bank of Pakistan’s monetary and fiscal policies and stressed that the supplementary budget will help improve fiscal deficit.

He further said that the government is taking various measures that will help the country steer out of economic crisis, adding that that the government’s priority is to build homes for people, to undertake infrastructure projects and maximise exports.

Pakistan likely to pay back IMF before Chinese debt: US Treasury official

On the occasion, he reiterated that Pakistan needs to widen its tax net and clampdown on tax evaders.

Addressing questions raised by the United States, Umar maintained that Pakistan has responded to all their queries. “There is nothing we need to conceal regarding the Chinese package,” he said.

In November, IMF had asked Pakistan to enhance the Federal Board of Revenue’s (FBR) tax collection target by over Rs300 billion to Rs4.7 trillion for this fiscal year, according to finance ministry officials. Pakistan and the IMF also had difference of opinion on transfer of resources to the provinces under the National Finance Commission (NFC) award. The fund wanted provinces to pick the cost of stipends paid under the Benazir Income Support Programme.

Pakistan had invited IMF to review the possibility of signing an extended fund facility aimed at bridging $12 billion financing gap, during the current fiscal year. It had adopted a two-pronged strategy by reaching out to friendly countries and also knocking the door of the IMF.

Officials in the ministry revealed last month that there was still disagreement between the IMF and Pakistan on almost every important issue. They said that the IMF was also demanding full disclosure of China-related debt obligations. The Chinese debt, both public and publically guaranteed, was one of the main sticking points, officials claimed. The minister said Pakistan believed in transparency and it would not hide anything that is related to the external debt.