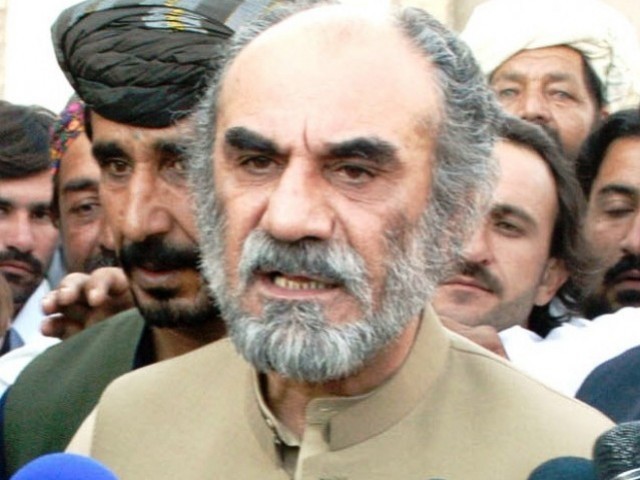 QUETTA  : Former chief minister Nawab Aslam Raisani has warned that the reversal of 18th Constitutional Amendment would be devastating for the country because it is the only source of provincial autonomy.

“The nation should ask those in Islamabad why they seek to undo the 18th Amendment. The current leadership must understand that the rollback would cause further woes for Pakistan,” Raisani said while talking to a private TV channel on Sunday.

The Sarawan chief said that the provincial leadership had been raising its voice for the rights of Balochistan.

“We won’t let anyone to turn the Baloch nation into minority,” he said. “The country will keep suffering if the federal government’s attitude of sidelining the Baloch from their resources continues.”

Commenting on the recent killing of three members of a family in Sahiwal, Raisani said that delay in the provision of justice to the victims would escalate doubts on the government’s investigation.

The former CM said he believes in ideological politics and never pursued it for personal gains.