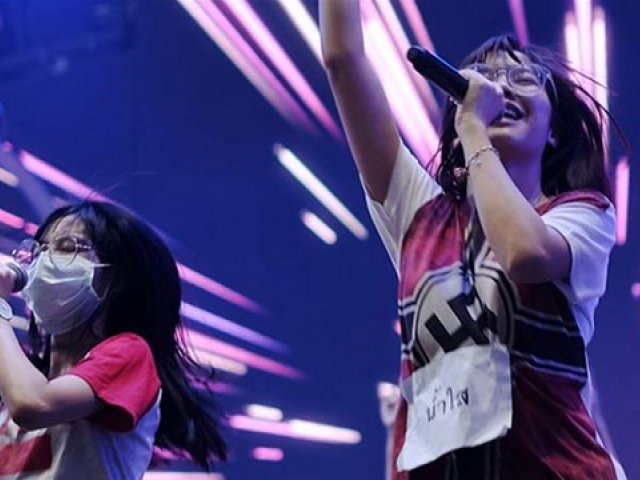 Pichayapa ‘Namsai’ Natha of Thai pop group BNK48 wears a Nazi-themed jersey at what was described as a 'televised rehearsal'. Screengrab/True ID TV

BANGKOK: A member of Thailand’s most popular all-girl band has apologised for wearing a shirt with a Nazi flag featuring a swastika, after her TV appearance on Friday drew “shock and dismay” from the Israeli embassy.

Images of Hitler, swastikas and other Nazi regalia are fairly commonplace on T-shirts and memorabilia in Thailand, a phenomenon blamed on a lack of historical understanding rather than political leanings.

The latest faux pas was committed by Pichayapa “Namsai” Natha, one of the singers of BNK48, when she wore the red-and-black top complete with swastika during the group’s rehearsal.

The deputy chief of mission of the Israeli Embassy in Bangkok took to Twitter the following day to express “shock and dismay” at the outfit, given that Sunday is International Holocaust Remembrance Day.

“Presenting Nazi symbols by the band’s singer hurt the feelings of millions around the world,” said Smadar Shapira.

The 19-year-old singer will be meeting with the ambassador of Israel on Sunday afternoon, Shapira told AFP.

On Saturday night, Namsai apologised tearfully onstage during a concert.

“I want this to be an example for everyone, please forgive me,” she said, bursting into tears.

She later claimed full responsibility for her ignorance in an apology posted on her official Facebook page.

“Please give me advice so that I can grow up to be a good adult in the future … I cannot fix the mistake but I promise I will not let it happen again,” Namsai wrote in Thai.

“I’m over 40 and I don’t know anything about this topic. When I saw the shirt, I didn’t think it would be a problem,” said fan Prasit Rudeekriengkrai.

Others blamed Thailand’s education system, which does not focus much on world history.

“What do you expect? When we were in school, they teach only about Thailand and Myanmar wars,” Samruay Kraspra said.

Thailand has gotten in trouble in the past for its flippant use of Hitler and Nazi-related imagery.

In 2013, Bangkok’s prestigious Chulalongkorn University was forced to apologise after its students created a mural depicting Hitler during graduation celebrations. A Catholic school was also left red-faced in 2011 after students dressed up in Nazi uniform for a sports day parade.