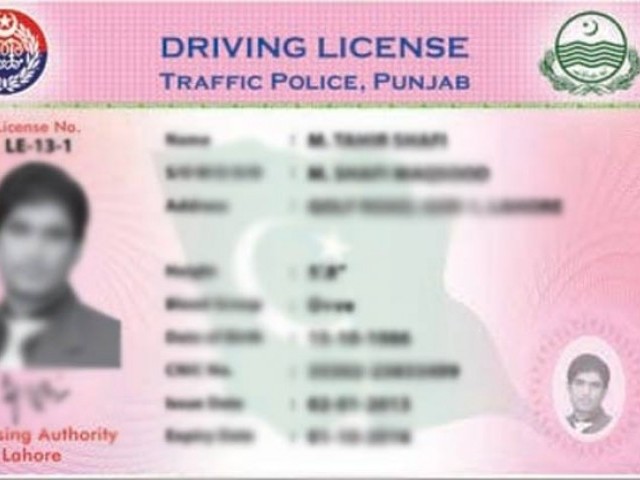 Special recommendations will be sent to provincial authorities.

However, some have demanded that the police retain the option of manual testing for those who cannot cope with the new test.

According to Rawalpindi Chief Traffic Officer (CTO) SSP Muhammad Bin Ashraf, the new system has been introduced to bring transparency to the driving licensing procedure and to improve the efficiency of the department.

Under the new system, the CTP and Motor Vehicle Examiner (MVE) will conduct a computerized test for road signs for LTV and HTV driving licenses, Ashraf, said.

He said the new testing system will ask applicants questions about the most frequently-practised traffic rules, which every license holder should know.

Apart from the test, SSP Ashraf said that they were setting up a new information desk at the entrance of the Traffic Police Headquarters in the city which would provide potential applicants with information regarding the licencing process.

The CTO said that the driving licence testing authorities have been directed not to compromise on merit and transparency.  He added that those who learn the traffic signs and adequately prepare for the test will pass it while those who do not, will fail.

“This new system will end the misuse of powers to a great extent and reduce malpractices,” the CTO said.

“We want to make sure that the public is facilitated in getting driving licences, thus encouraging legal and responsible driving,” he said, adding that concurrently they wanted to restore the sanctity of the driving licence as a document which the government issues to certify that a person is capable of handling a vehicle properly on the road.

Meanwhile, driving licence hopefuls, who faced the new system on Thursday, appeared confused by it. Some even demanded that the police officers test the driving competency of applicants by just putting them behind a wheel and letting them prove that they are capable and responsible drivers.

United Transport Federation (UTF) leader Raja Riaz said that a number of transporters are illiterate but are good at what they do. He noted that the CTP had suddenly started the computerised testing for driving licence which caught a number of applicants off guard.

“Being illiterate and unaware of the use of technology, many could not pass the test,” Riaz said, urging the government to retain the option of manual testing along with computerised testing.

Under the manual system, a traffic police officer used to display traffic signs and ask the applicant what did the particular sign mean. The applicant was then marked based on the answers they provided.

The computerised system offers a test with multiple choice questions which are written and are read out by the computer as well.