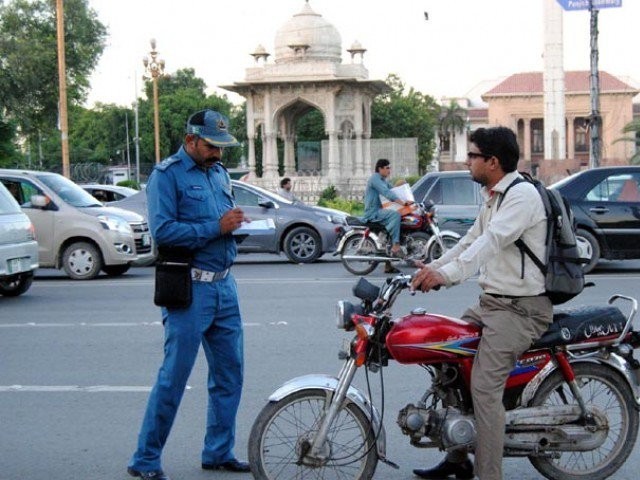 'The city traffic police had decided to strictly implement rules for motorbike riders to ensure their safe.' PHOTO: INP/ FILE

RAWALPINDI: The Rawalpindi City Traffic Police (CTP) have accelerated their ongoing drive on the use of safety helmets for bikers with nearly 7,000 motorbike riders issued tickets in the past week alone.

According to Rawalpindi Chief Traffic Officer (CTO) Muhammad Bin Ashraf, they had launched a special campaign on the directives of the Lahore High Court (LHC) in Rawalpindi. He added that riders of two-wheelers were fined Rs1.3 million for not wearing helmets while 223 motorbikes were impounded by different police stations.

The CTO further said that the city traffic police had decided to strictly implement rules for motorbike riders to ensure their safety.

Moreover, the CTO said that they were distributing pamphlets amongst motorbike riders to raise awareness on helmet use. Further, the Mobile Education Unit of CTP was arranging special briefing sessions on road safety and helmets at different educational institutions.

Helmet compulsory for bikers from tomorrow

In order to make the campaign more effective and meaningful traffic wardens and officers have been issued special instructions. The education wing of the CTP has been spreading awareness so that the road journey could be made safe and sound.

Rawalpindi prepares by lighting up