Noman, along with seven others, was target­ed after being identi­fied by the NDS forces in an operat­ive task
By Reuters
Published: January 23, 2019
Tweet Email 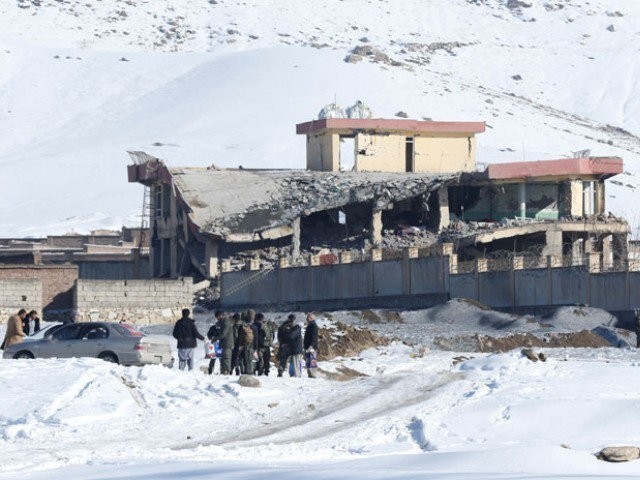 “Noman, along with seven others, was targeted after being identified by the NDS forces in an operative task,” the agency said in a statement. PHOTO: REUTERS

KABUL: Afghanistan’s main spy agency has killed a Taliban commander who was the mastermind of this week’s deadly attack on Afghan forces at a military base in the central province of Maidan Wardak, officials said on Wednesday.

The National Directorate of Security (NDS) said the commander, whose name it gave only as Noman, was killed in an air raid on Tuesday night.

“Noman, along with seven others, was targeted after being identified by the NDS forces in an operative task,” the agency said in a statement.

“NDS will follow the terrorist group and kill them all.”

Taliban officials were not immediately available to confirm the death of the commander. On Tuesday, the agency said 36 people were killed and 58 injured in Monday’s attack by the Taliban but those figures were smaller than the tally of other government and security sources.

Want to work with US for Afghan peace: PM

On Monday, a senior defense source had told Reuters 126 Afghan security forces were killed. On Tuesday, two senior security officials in the capital, Kabul, said at least 72 men being trained by the NDS were killed with 38 critically injured.