For the politi­cal elite, the life and death of common people have been reduce­d to politi­cal point scorin­g
By Hussain Nadim
Published: January 22, 2019
Tweet Email 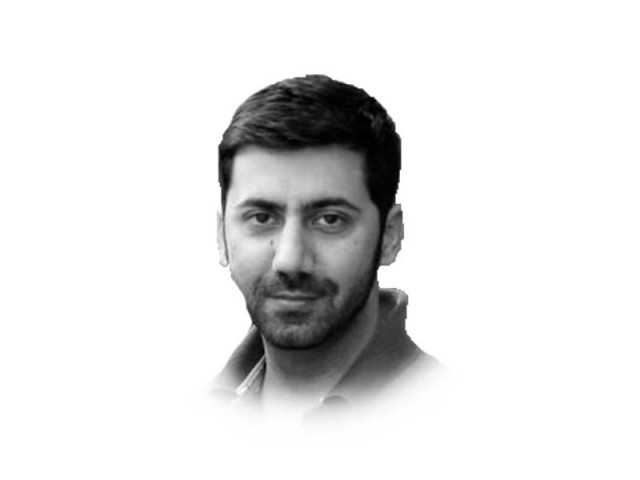 How do you explain to those innocent children that survived the tragedy in Sahiwal why their parents were shot dead right in front of them by the very people that are under an official oath to protect them? Is it a one-off human error — an accident or a symptom of an elite-induced governance failure? The way this case will be handled will not only serve as a litmus test of Prime Minister Imran Khan’s ability and resolve to change the system that he promised in his 22 years of struggle for justice, it would also set the precedent for future governance and democracy in the country. This makes the Sahiwal incident a potential watershed moment with high stakes.

For a start, the Sahiwal tragedy is not a one-off accident, and must not be treated as such. It is a symptom of dysfunctional governance system that routinely comes to surface in the face of different tragedies. For instance, while the toxic air quality, terrorism and incidents like Sahiwal may not appear to have any commonality at the first glance, a deeper look reveals that they all share a common denominator; governance failure. This governance failure is no accident, and is a result of a deliberate resistance to reforms by the political elite that yields its power through corrupt and dysfunctional state institutions. The art of politics for the elite is, therefore, to strike a balance between keeping state institutions weak enough to allow elite power grab, while not entirely tipping them over that would force the public to come out on the streets. Incidents like Sahiwal, therefore, represent a challenge to the elite grab because of the nationwide protests and a potential boil-over that would force institutional reforms curbing the powers of the elite.

Therefore, all attempts are made to deflect any need for serious reforms. For instance, the way PM Khan’s team in Punjab has responded to the event reflects the traditional approach, used to be adopted by the PML-N and the PPP, to place the issue under the rug through contradictory statements and casting deliberate confusion over the incident to dilute its significance. This is not unexpected given the political team of the PTI that makes up the rank and file of the Punjab government is rooted in traditional colonial-style politics conditioned to respond to such matters from an elite vantage that has little empathy for the people beyond cosmetic redressal of grievance and promises of ‘swift action’. This elite apathy is not limited to the sitting government but more obvious in the petty politics of the opposition political parties over the dead bodies of Sahiwal tragedy. For the political elite, the life and death of common people have been reduced to political point scoring in their quest for power.

Therefore, the prescription offered to handle these tragic incidents are tailored-fit to shift the burden of blame away from the political elite to those lowest in the food chain that have no power or agency. For instance, the political elite calling for a swift action and accountability of CTD officials and ‘public hangings’ is nothing but a deflection from the original and deeper problem of lack of reforms. What exactly will be achieved by throwing a dozen of CTD officials that belong to lower middle-class backgrounds, and work 16 hours a day for barely Rs25,000? They simply take orders and what happened in Sahiwal reflects their poor training and deep politicisation at the hands of the same elite that is now calling for their head. Surely, they need to be held accountable so that the institution of police conducts its own internal reforms. However, it is not the CTD officials that need to be hanged, it is the current system of governance hijacked by the elite establishment that must be hanged and then revived from the scratch.

The current policing system in Pakistan is a relic of the colonial-era police that the British developed after the 1857 mutiny. The purpose of this police was not to safeguard and protect the public welfare, but to protect the British colonial interests against any agitation or public unrest. The fact that after Pakistan’s independence the praetorian oligarchy continued the same system and policing mindset explains the nature of the elite grab that has continued to infest this country over 70 years to a point where it is now boiling over.

Therefore, Imran Khan’s fight is not just against the PML-N and the PPP, it is in reality against the colonial era political-bureaucratic system of which 99% of his own party is also part of. Thus, the key test of Imran Khan lies, first, in his recognition of this challenge, and second, in his resolve to defeat this system from the inside. So far he has succeeded in beating the rigged political system of the elites to reach to the PM office using all levers of power. Hopefully, through his unorthodox approach, he is able to push through reforms that would disrupt and decolonise the political and bureaucratic culture where the power shifts from a selected elite into the hands of common citizens. Anything less, will be a cosmetic sense of ‘swift justice’ that didn’t work for the PML-N and the PPP, and will certainly not work for the PTI in the long run.