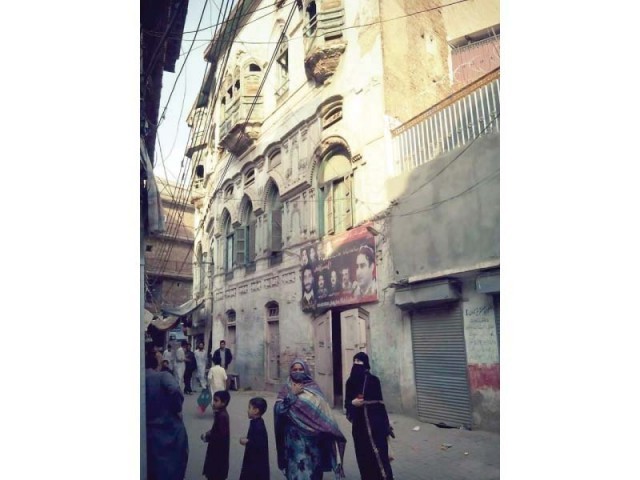 PESHAWAR: The Khyber-Pakhtunkhawa government has decided to release funds for preserving 77 heritage buildings in the next financial year.

The Kapoor Haveli of famous actor Raj Kapoor is among the 18 heritage buildings of Peshawar marked for restoration by the K-P Directorate of Museums and Archeology (DOAM).

While talking to The Express Tribune Nawaz Uddin, research officer at the DOAM said: “we have prioritised heritage sites. On directives of the minister we have put special attention over the preservation of Kapoor Havali and funds has been approved, in next meeting we would be able to pass the PC, within a month they would start working on it,” Nawaz Uddin added.

Over litigation issue he said that government and person, who owned it Israr, have been to court, but we would ask the DC to impose section-4 on the property and never let anybody to demolish it.

The owner of the Haveli on 17 January 2016 had demolished two top floors after the crumbling structure had become a threat to the adjoining houses.

According to details written on the slab inside the Haveli, Dewan Basheshwarnath Kapoor, father of Prithviraj Kapoor and grandfather of Raj Kapoor, constructed the building in 1918.

The Kapoor Haveli is one of the more imposing buildings in the old city, situated in Mohallah Dhaki Munawar Shah, inside the Asamai Gate and can be accessed through the narrow, winding streets of the historic Qissa Khwani Bazaar.