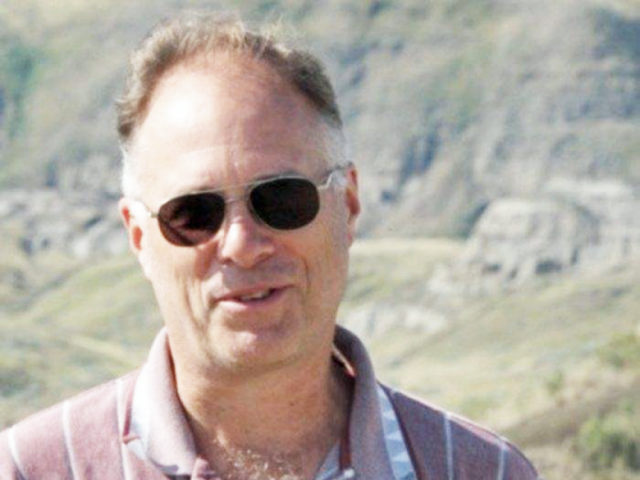 OUAGADOUGOU: A Canadian geologist kidnapped at a remote gold mine in northeast Burkina Faso by suspected militants has been found dead, the authorities said on Thursday.

A body found with gunshot wounds late Wednesday is that of Kirk Woodman, “the Canadian who was kidnapped the day before yesterday,” the spokesperson for the security ministry, security, Jean-Paul Badoum, told AFP.

“The Burkina government condemns this cowardly murder with its utmost energy, and assures that an investigation is underway and that every measure will be taken to find and punish those responsible,” Barry said.

A security official said the body had been found in Soum province, at a location called Beiga-Salmoussi. The site was previously identified as Siega.

Woodman’s co-workers formally identified the body on Thursday, Barry said. Another security source said the remains would be flown by helicopter to the capital Ouagadougou.

Canadian Foreign Minister Chrystia Freeland said her country was “appalled and deeply saddened” by the killing.

“Canada condemns those responsible for this terrible crime. We are working with the government of Burkina Faso and other international partners to pursue those responsible and bring them to justice,” she said.

Canada has 250 soldiers and eight army helicopters deployed in neighbouring Mali as part of a UN peacekeeping mission.

Woodman is one of two Canadians who have gone missing in Burkina Faso, a poor country in the front line of a militant rebellion in the Sahel.

He was vice president of a Canadian company, Progress Minerals, which owns a gold mine at Tiabangou, located in Yagha, a volatile province near the Niger and Mali border.

He was at the mine when the site came under attack from about 10 armed men, Security Minister Clement Sawadogo said on Wednesday.

The assailants “rounded up the staff. They searched the base camp and made off with some equipment. They took the expatriate with them,” he said.

The assailants were last seen heading towards the Niger border to the east but this was “probably to cover their tracks,” for Beiga-Salmoussi lies to the west of the mine, a security official said.

On December 15, 34-year-old Canadian aid worker Edith Blais was reported missing with an Italian friend, Lucas Tacchetto, 30, as they were travelling between the western town of Bobo-Dioulasso and the capital Ouagadougou.

The Sahel, a vast, dusty region on the southern rim of the Sahara, is struggling with a bloody militant insurgency and a wave of lawlessness.

After chaos engulfed Libya in 2011, a militant insurgency gained ground in northern Mali, while Boko Haram rose in northern Nigeria.

Militant raids began in northern Burkina Faso in 2015 before spreading to the east, near the border with Togo and Benin.

Most of the attacks have been attributed to Ansarul Islam and the Group to Support Islam and Muslims (JNIM).

Smaller groups are also active, with the overall number of fighters estimated to be in the hundreds, according to security sources.

The groups are believed to be responsible for more than 270 deaths since 2015.

Ouagadougou has been hit three times, including a coordinated attack last March that targeted the French embassy and devastated the country’s military headquarters.

The head of the armed forces, Major General Oumarou Sadou, was sacked on January 10 and replaced by General Moise Minoungou.

Eight foreigners have been abducted in the last four years, according to an AFP tally.

Among them is 84-year-old Australian doctor worker, Kenneth Elliott, who was kidnapped with his wife Jocelyn in April 2015 in Djibo, where the pair ran a clinic for the poor.

Jocelyn Elliott was released after a year. Her husband, whose whereabouts remain unknown, has been declared a citizen of Burkina Faso, under a decree issued last November.