Cars, buses and trucks will not be subjec­ted to ban in Burkin­a Faso
By AFP
Published: September 20, 2018
Tweet Email 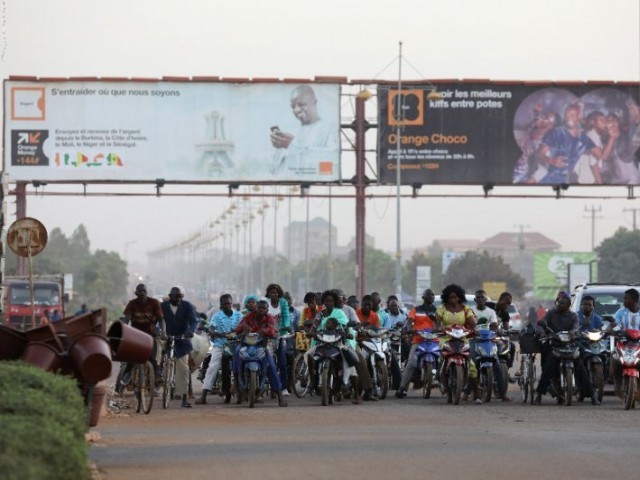 OUAGADOUGOU: The troubled Sahel state of Burkina Faso has banned night-time use of motorcycles in an eastern region plagued by hit-and-run raids by militants rebels.

“Road traffic between towns and villages in the region is strictly forbidden to travellers on two- or three-wheeled vehicles between 7:00 pm and 5:00 am until further notice,” the governor of the Eastern Region, Colonel Ousmane Traore, said in a statement late on Wednesday.

Traore also said mines used by subsistence gold miners — who often use home-made explosives to remove earth — would be temporarily closed as a security measure.

Militant attacks on Burkina Faso began in 2015, starting with cross-border incursions in the north but then spreading to the east.

The east has seen a string of attacks this year on patrols using improvised explosive devices, in addition to night-time raids by motorbike on remote villages. Around 20 people have died in the past month.