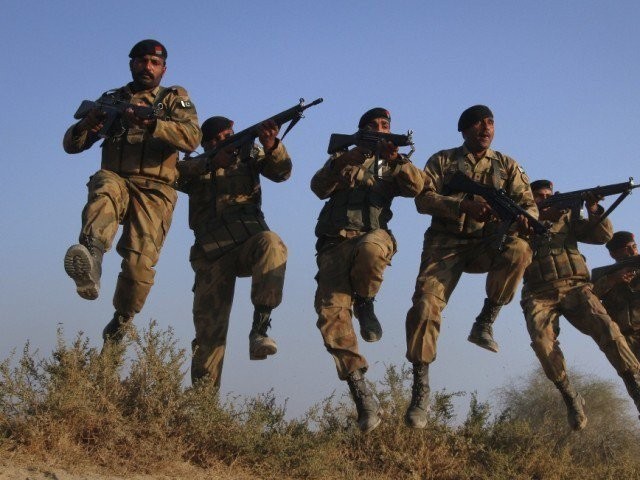 PESHAWAR: Security forces on Wednesday killed four terrorists in an intelligence-based operation on a hideout in Hangu in Khyber-Pakhtunkhwa (K-P).

According to the Inter-Services Public Relations (ISPR), the four terrorists, including Tehreek-e-Taliban Pakistan commander of Orakzai District Muhammad Islam, were killed along with three others as part of the ongoing Operation Raddul Fasaad (RuF).

The terrorists belonged to proscribed outfits and were involved in a suicide attack in Kalaya, Hangu in November 2018.

In December, security forces killed a wanted terrorist in an intelligence-based operation in Dera Ismail Khan. The terrorist, Hakim, had taken six civilians hostage for ulterior motives. He was armed with automatic weapons and grenades.

In September, security forces killed four terrorists during the security operation and recovered a cache of arms and ammunition. Two soldiers were also injured in the exchange of fire.